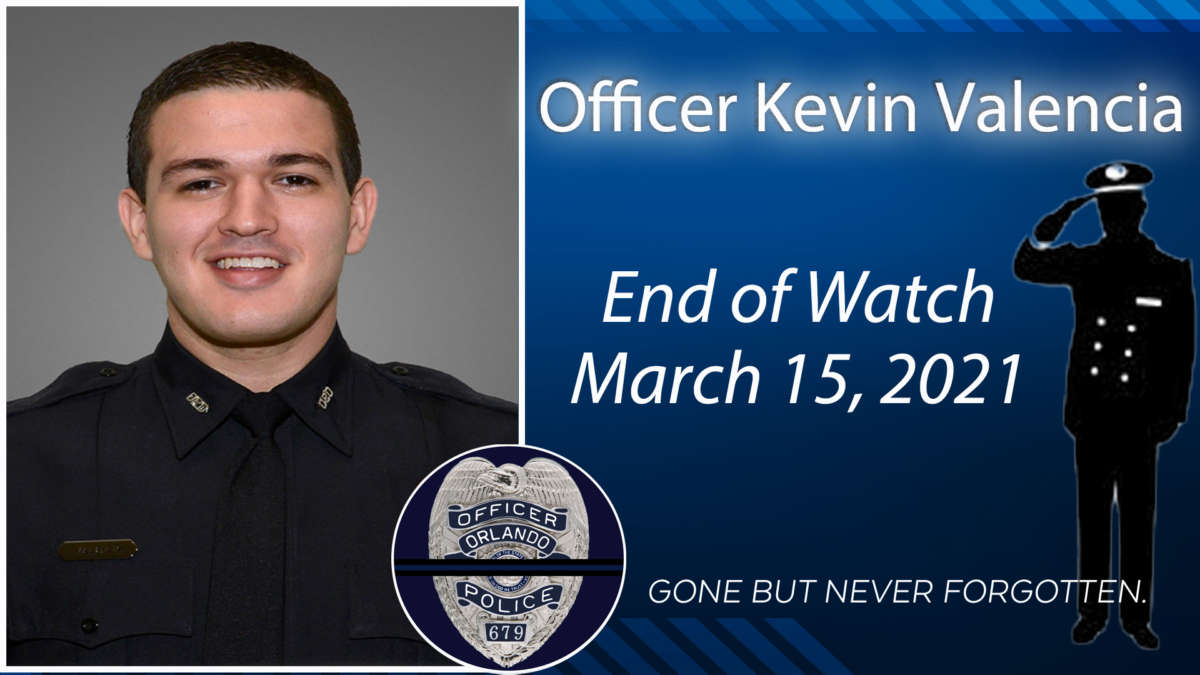 This evening, Officer Kevin Valencia was escorted by our officers, as well as those from other agencies. Brother, we’ll take it from here… pic.twitter.com/UcywwuLdug

The suspect barricaded himself in an apartment complex. When Valencia tried to breach the door, the suspect fired a shot hitting Valencia in the head.

Valencia was in a coma after the shooting. A month after the incident, he was transferred to a rehabilitation center in Georgia, then back to Orlando.

Four children were killed in the 2018 stand-off, between the ages of one and 12. The gunman eventually turned the gun on himself.

Valencia retired from OPD in October 2020. He was awarded the department’s purple heart.

In a statement, Orlando Police Chief Orlando Rolon says Valencia was a member of OPD’s force for more than three years and said his wife Megan and his sons will always be family to the OPD.