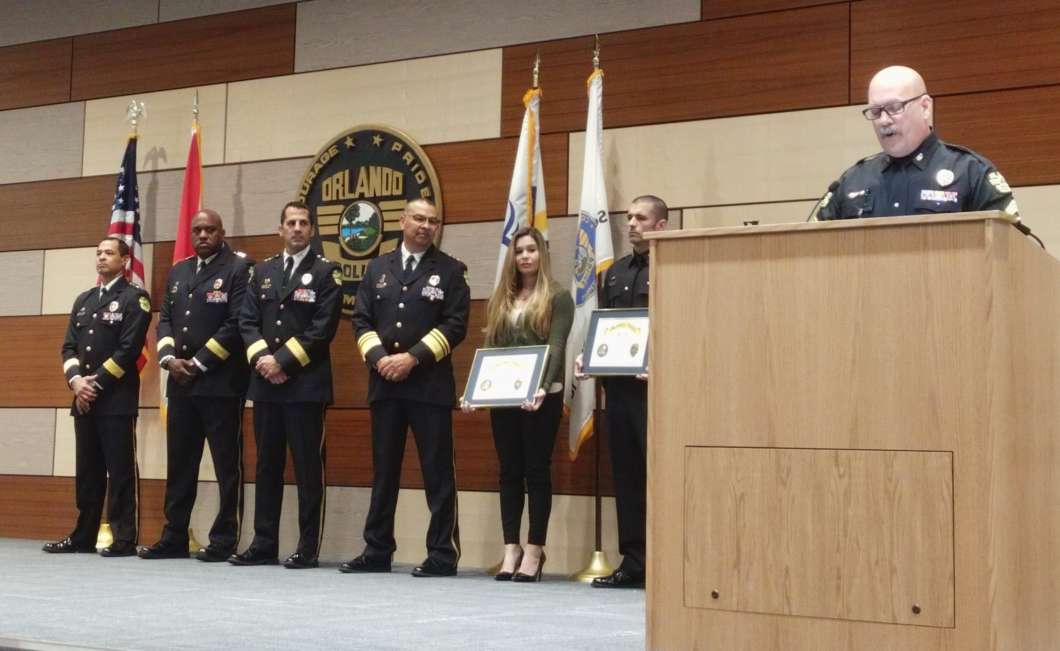 An Orlando police officer who was badly injured while responding to a domestic violence call has been honored for his work in the line of duty.

At the OPD awards ceremony Wednesday, Life Saving Awards were presented to Officers Craig Broder and Kevin Valencia for providing first-aid to a gunshot victim in March.

Valencia remains in a coma after he was shot in June, but his wife Meghan accepted the award on his behalf.

“I just wanted to ask everybody to continue to pray especially today. Kevin is going into his 11th surgery today at 4,” she said.

“Hopefully, you know, the next one he’ll get to accept himself.”

Valencia said this is her husband’s third Life Saving Award.

Officer Wesley Cook, a crisis negotiator, was presented with the Award of Commendation for convincing an armed suicidal man to surrender to police.