The Interstellar Travels Of The Twin Voyager Spacecraft 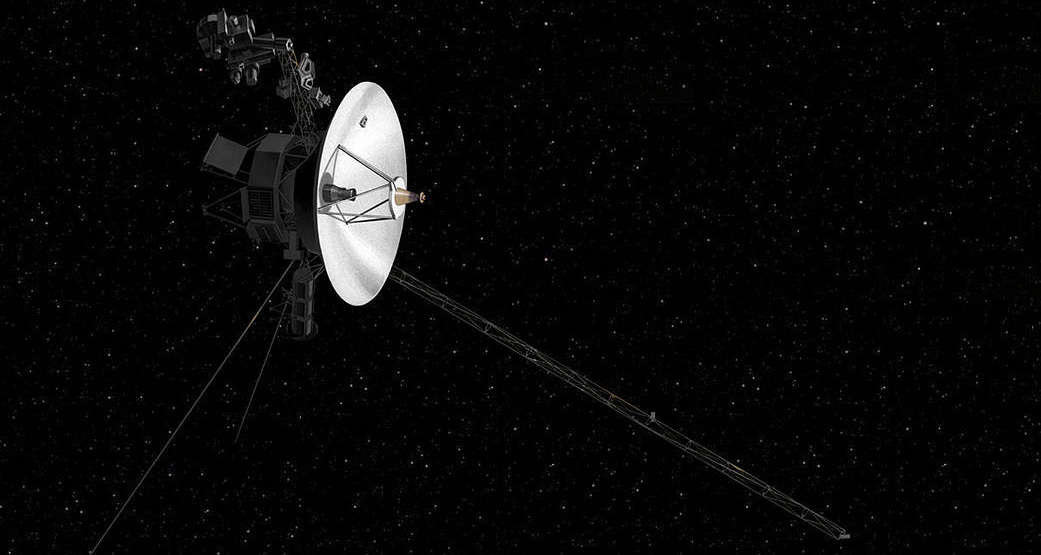 Ken Chang: Science From Beyond Our Solar System.

Voyager 2 punched a hole through our heliosphere sending it into interstellar space.

The space probe launched more than 40 years ago along with its twin, Voyager 1, on a mission to visit the outer planets. Now the two have exited the boundary of our solar system and are beaming data back to scientists here on Earth.

We’ll speak to The New York Times reporter Ken Chang who wrote about the science coming back from Voyager 2, which was launched 42 years ago from Cape Canaveral on a mission to visit the outer planets of our solar system.

The spacecraft, along with its twin Voyager 1, is now traveling in interstellar space at more than 35,000 mph.

At that speed, it could travel around the world in less than an hour but, even so, it has taken four decades to leave the solar system all while continuing to transmit data back to Earth.

Scientists are just now digging into that data and it’s painting a new picture of the boundary of our solar system.

I’d Like to Know: The Science of Space Junk.

SpaceX’s Starlink constellation is taking shape. The private company launched 60 satellites into orbit last week that will be part of a network of thousands of satellites to blanket the globe with global, high-speed internet.

However, some people are concerned that the constellation, along with other planned space-based internet networks, could add to the growing number of space debris and interfere with astronomical observations.

Josh Colwell, Jim Cooney and Addie Dove, planetary scientists at the University of Central Florida and hosts of the podcast “Walk About the Galaxy” talk about the science of these constellations and the risks so many satellites zooming around in space might pose.

**Got a question for “I’d Like to Know”? Send it in! Shoot us an email at arewethereyet@wmfe.org.**

A report released by NASA’s Inspector General says the agency’s commercial crew program is facing additional delays and questions some $157 million awarded to one of those contractors: Boeing.

According to the report, in 2016 Boeing was paid a so-called premium of $287 million to alleviate perceived delays to the program, but SpaceX wasn’t offered a similar opportunity.

The report outlines delays in developing the parachutes, propulsion and launch abort systems of the spacecraft. Because of those challenges, the space agency won’t send Commercial Crew astronauts to the station until at least Summer 2020.

Both companies are coming up on critical tests of their capsules that will help solidify human launch dates. Boeing is set to launch an uncrewed capsule to the station next month. And in just a few weeks, SpaceX will test the abort motors of the Crew Dragon Capsule mid flight after launching atop a Falcon 9 rocket.

The latest spacewalks center around a cosmic ray detector on the International Space Station’s exterior that needs repair.

The $2 billion instrument is searching for antimatter and dark matter. It was designed to operate only for three years, but upgrading the instrument’s cooling system can keep it running an additional 10 years.

Another spacewalk is scheduled for this week to attach plumbing to the new cooling system.

The Space Shuttle Endeavour delivered the instrument to the space station on the next-to-last shuttle flight back in 2011.

Next week, we’ll speak with Daniel Oberhaus, journalist and author of Extraterrestrial Languages on the efforts to make first contact with alien civilizations. Oberhaus recounts early efforts to speak to intelligent life in the universe and the debate among scientist about what we should say — or if we should even say anything at all.

Elizabeth Gondar is a WMFE intern and provided production assistance for this ‘Are We There Yet?’ episode.