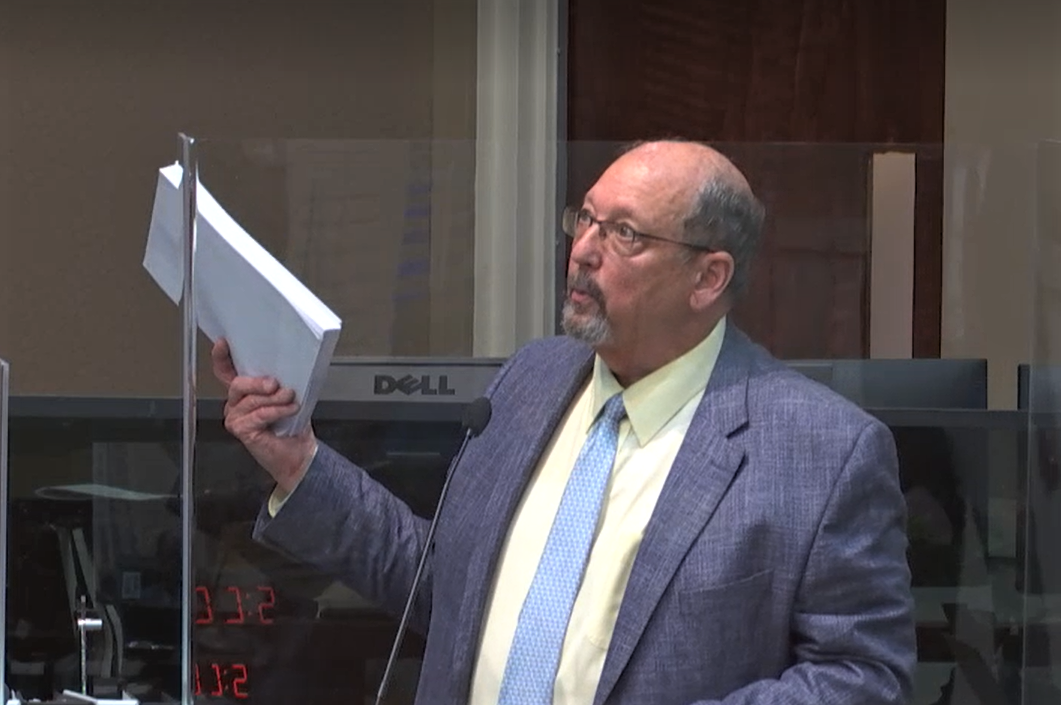 Attorney Scott Glass argued the legal case against Orange County's rent stabilization referendum during a public hearing earlier this month. Now he and other lawyers have filed a lawsuit on behalf of the Florida Association of Realtors and Florida Apartment Association. Image: Orange County TV

Realtors and landlords are asking a judge to throw out Orange County’s proposed rent stabilization measure before it shows up on the November ballot.

The Florida Association of Realtors and Florida Apartment Association filed suit this week against Orange County in state court.

Their lawsuit says state law prohibits local rent control measures, except in very limited situations. They must be necessary to eliminate a housing emergency that is “so grave as to constitute a serious menace to the general public.”

The lawsuit claims the county hasn’t proved that kind of crisis exists or that their measures would be effective against it.

Earlier this month, the County Commission voted 4-3 to ask voters to approve a one-year cap on rent increases for multi-family units. Landlords could increase rent by no more than the regional Consumer Price Index.

At meetings this summer, commissioners heard from residents hurt by skyrocketing rents and landlords adamant in their opposition.