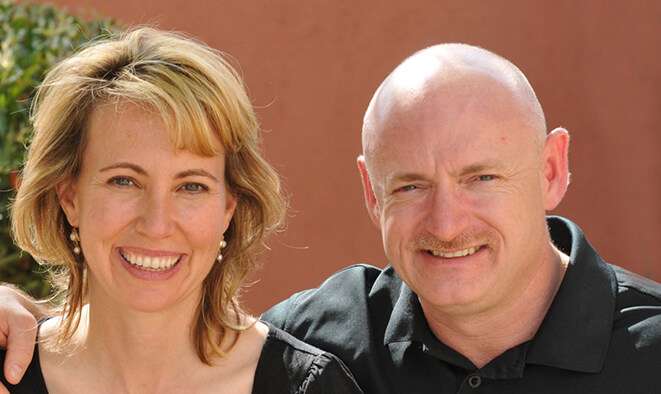 Giffords was shot in 2011 outside a supermarket in Tucson, Arizona. Giffords survived, and along with her husband Mark Kelly, became outspoken advocates for gun safety.

Kelly says that’s what part of tonight’s talk will be about. “Gun safety, and how we can live in safer communities. We’ve got a pretty high rate of gun violence compared to other countries, and we can do a lot better than that.”

He plans to talk about his time as a fighter pilot and NASA astronaut, too. Kelly flew on four space shuttle missions, including one just months after his wife was shot.

His first trip to space was on Endevour in 2001. “At about Mach 15,” Kelly recalls, “looking over my shoulder for the first time as a round ball flouting in the roundness of space which is an incredible experience to see the Earth for the first time, really, as a planet.”

He and his twin brother Scott Kelly are participating in NASA’s twin study examining the effects of space travel on humans. Scott spent a year in space while Mark spent the year on earth.