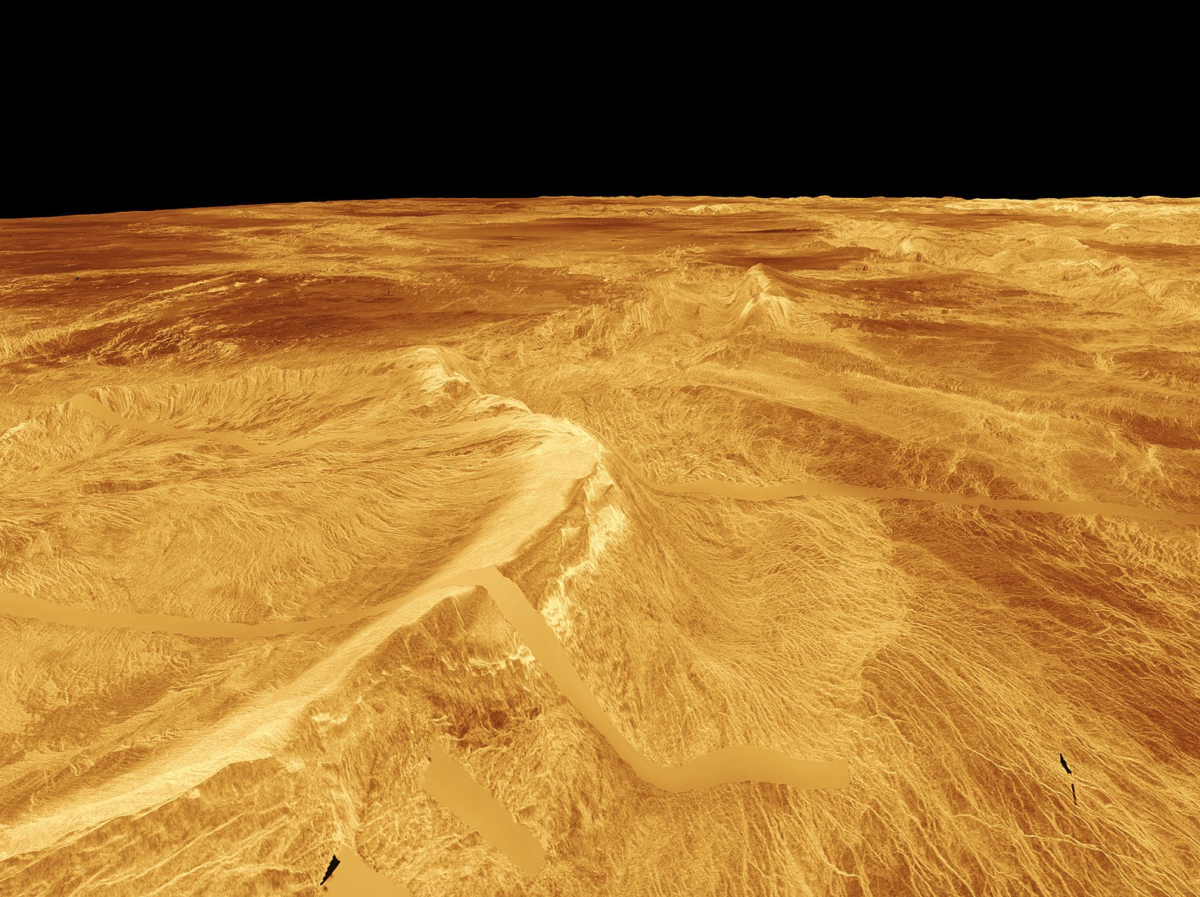 A curious finding last year in the atmosphere of Venus has some scientists thinking one of our closest planetary neighbors could hold signs of life.

A team of researchers found traces of phosphine gas using a ground based telescope in Hawaii. On Earth, this gas is created by the decaying of organic material which is considered a “biosignature” — a material associated with the chemistry of life.

But some scientists were skeptical of the findings and turned to more than 40 year old data to help confirm the presence of phosphine.

Venus is really hot. Its atmosphere is 50 times denser than Earth’s and has average surface temperatures of 878 degrees Fahrenheit. That’s why some scientists were baffled when scientists discovered evidence of phosphine in Venus’ atmosphere.

LISTEN: Planetary scientist Paul Byrne joins WMFE’s Are We There Yet? to talk about the ongoing saga of phosphine findings on Venus.

While phosphine on its own is not an indicator of life, researchers still don’t know what could produce such a large amount of the gas in the upper atmosphere of Venus, and have faced a flurry of skepticism and debates on these findings within the scientific community.

“Phosphine, which is a gas that death can be associated with in terms of biological activity, was not something I think anyone expected to find there,” said Paul Byrne, a planetary scientist at North Carolina State University. “The discovery was met with a lot of fascination and interest, but also justifiable skepticism, because these big claims require a lot of proof.”

The analysis of the presence of phosphine and what amount is actually in Venus’ atmosphere can be considered a “back and forth” within recent years.

One observation made by the Atacama Large Millimeter Array telescope (ALMA) in Chile, processed data and found the presence of phosphine much lower than initially reported.

Another team revisited data from the 1978 NASA Pioneer Venus probes and found previously overlooked evidence which could be phosphine.

“If this detection holds up, that means that we detected phosphine in the 1970s in the Venus atmosphere itself, which would provide compelling support for the reporting of detecting it remotely from Earth,” Byrne said.

The last mission that NASA dedicated to study Venus was the Magellan mission, which launched in 1989. Since then, NASA has not designated a mission to the planet.

Scientists are chomping at the bit to confirm these findings, but Earth-based observations can only uncover so much and some scientists are calling for a dedicated mission to the planet.

“While further observations from Earth would help, ultimately we’re gonna have to get to the Venus atmosphere,” Byrne said. “This is the kind of thing we absolutely have the technology available right now, but there’s no plan in the books for the time being.”