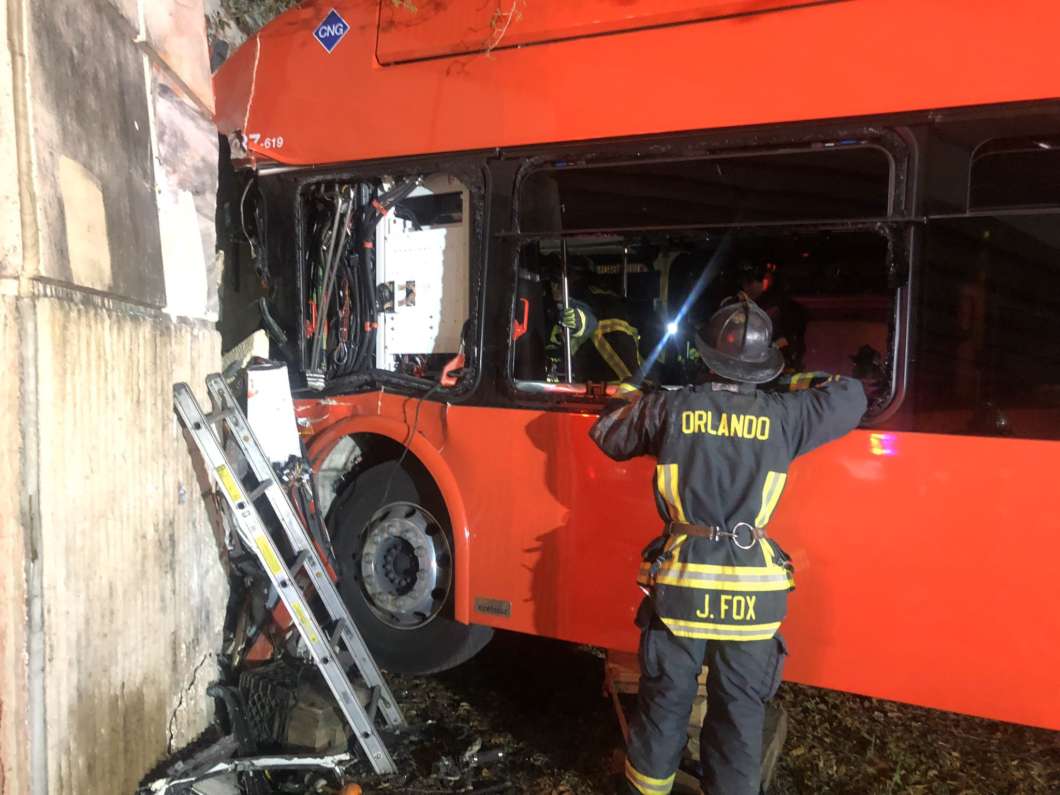 Six people are in the hospital after a crash this morning involving a Lynx bus and a Toyota Camry.

The Orlando Police said the driver of the car, 22 year old Amanda Gilliland, ran a stop sign on Carter Street and South Westmoreland drive just before 2 a.m. and struck a Lynx Double Bus, causing the bus to hit an overpass.

The bus driver was trapped and his lower body was crushed by the bus. He was transported to the hospital in critical condition. Five passengers on the bus were taken to the hospital with serious but non-life threatening injuries.

An officer said he smelled a strong odor of alcohol coming from Gilliland and noticed a blue “C” stamp on her hand that is consistent with the stamps used at Cowboys Orlando, a bar located less than a mile from the scene of the crash. Police said she refused to participate in Standardized Field Sobriety Tests and asked for a lawyer.

She was arrested, charged with DUI with serious bodily injury, and taken to Orange County Jail. Her bond is set at $5,000.