“Wish I Could Tell you it’s Only One Side”: Republican Leaders Respond to Pittsburgh Shooting 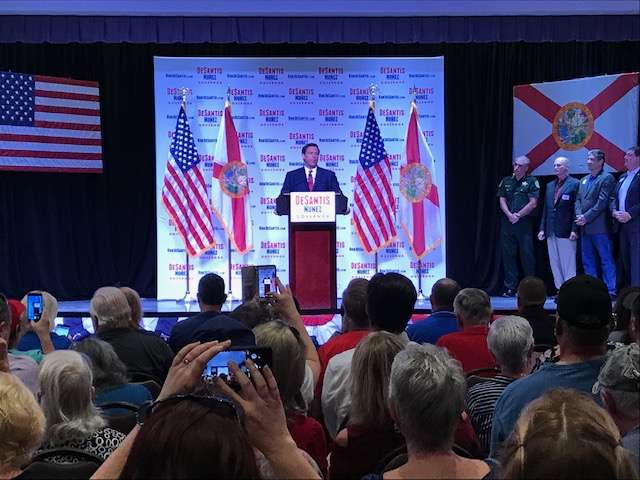 Republican Gubernatorial candidate Ron DeSantis says his party’s rhetoric is not to blame for a climate of anti-Semitism.

DeSantis was at a rally in Deltona today to encourage early voting, when he was asked about the shooting in Pittsburgh, and President Trump’s rhetoric.

Ron DeSantis says antisemitism was to blame for the shooting that left 11 people dead at the Tree of Life Congregation in Pittsburgh on Saturday. He says violence against the Jewish people has always been a problem in the country, statistically causing the most hate crimes.

And he says fixing the problem starts with the punishment for the shooter.

Republican state representative Randy Fine says no one party can be blamed for anti-Semitism.

Fine, who identifies as Jewish, says the problem crosses the party lines.

“While I wish I could tell you it’s only one side it’s not true. Neither party has a monopoly on this.”

Price and DeSantis both cite Trump’s relocation of the American embassy to Jerusalem as evidence of their party’s support for the Jewish people.

In a recent study the Anti-Defamation League found a marked rise in the number of online attacks against the Jewish community in the run up to the mid-term election.

A gunman opened fire at the Tree of Life Congregation in Pittsburgh on Saturday killing 11 people.