‘We Will Emerge From This Ordeal,’ Slain Journalist’s Family Says 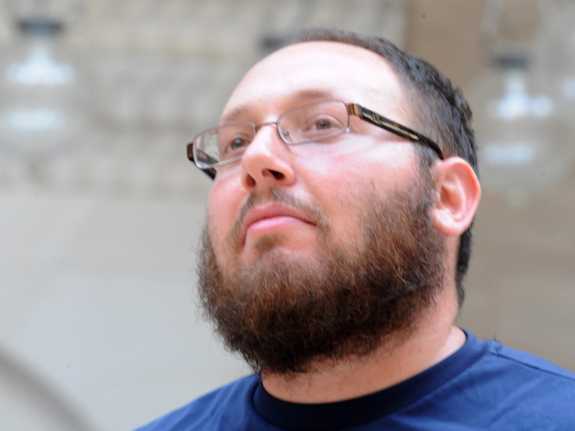 Freelance journalist Steven Sotloff is seen during a work trip inside Al-Fateh Mosque in Manama, Bahrain, on Oct. 26, 2010. The Islamic State group released a video this week that showed a militant beheading the American journalist.
Image credit: Mazen Mahdi

The family of Steven Sotloff says the slain American freelance journalist “merely wanted to give voice to those who had none.”

The remarks, read in a statement by family spokesman Barak Barfi, come a day after the Islamic State group released a video that showed a militant beheading Sotloff.

“Today we grieve. This week we mourn. But we will emerge from this ordeal,” Barfi said. “Our village is strong. We will not allow our enemies to hold us hostage with the sole weapons they possess: fear.”

The U.S. intelligence community had verified that the Islamic State video is authentic. Last month, the militant group released another video showing the beheading of journalist James Foley.

In Estonia today, President Obama said the U.S. “will not be intimidated.”

“Those who make the mistake of harming Americans will learn that we will not forget, and that our reach is long, and that justice will be served,” he said.

The Islamic State, which is sometimes also called ISIS or ISIL, has captured large swaths of land across Iraq and Syria. U.S. airstrikes have targeted the group in Iraq.