Way Beyond Pluto, An Icy World Is Ready For Its Close-Up 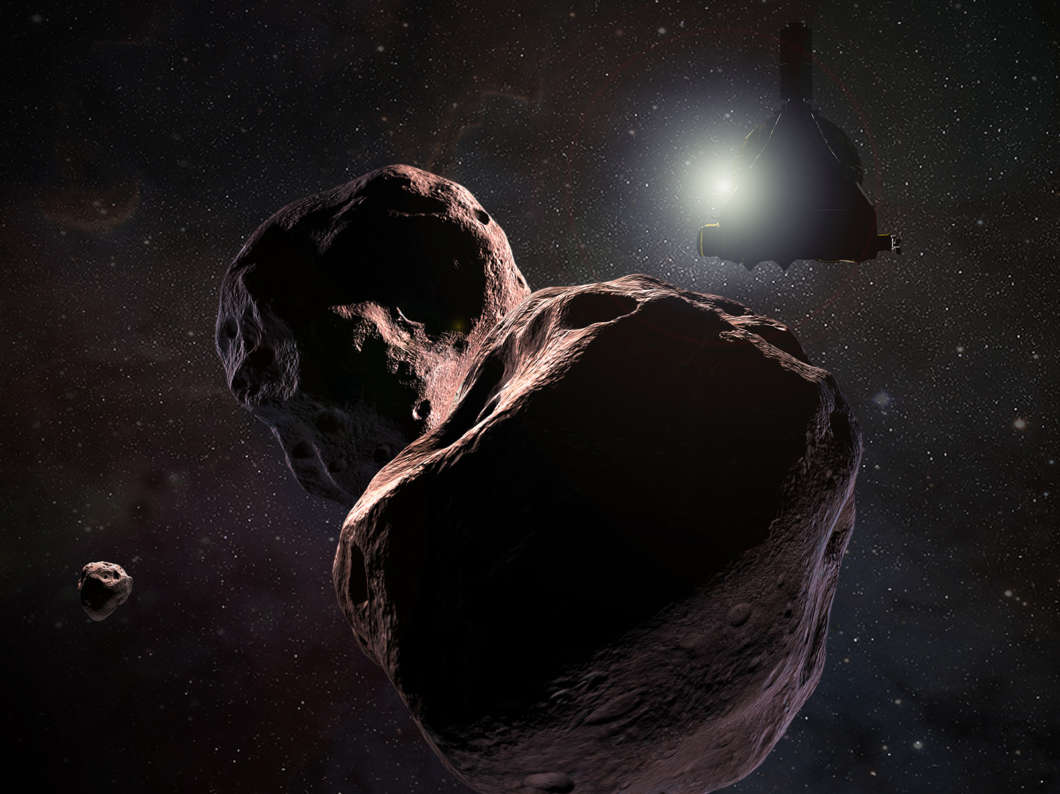 About a billion miles beyond Pluto, a spacecraft is closing in on an icy minor planet — a mysterious little place that’s only about 20 miles across.

If all goes well, NASA will start the new year with the most far-off exploration of a world ever, flying past it about 2,200 miles from the surface while taking images with an onboard telescope and camera. The closest approach will be at 12:33 a.m. ET on Jan 1.

“Really, we have no idea what to expect,” Alan Stern, principal investigator of NASA’s New Horizons mission, said during a recent news conference.

The New Horizons probe is about the size of a grand piano. It has been flying through space for more than a dozen years. In 2015, it reached Pluto, and what had long been just a fuzzy circle in photographs was revealed to be a stunning, dark-reddish world made of frozen nitrogen and methane, with ice mountains.

“The exploration of Pluto that we conducted was scientifically spectacular,” Stern said.

After speeding past Pluto, this mission always planned to visit another icy world, given that it was flying through a region of the solar system called the Kuiper belt that’s littered with thousands of small, icy bodies. But it was tricky to find a minor planet that was reachable with the spacecraft’s remaining fuel.

Then, a few years ago, the Hubble Space Telescope spotted one. Researchers know enough about this tiny world’s orbit to be able to intercept it, Stern said, “but there’s very little else we know.”

Its official name is a bunch of numbers, 485968, so it goes by the Latin nickname Ultima Thule, which means “beyond the known world.” By watching it pass directly in front of stars, researchers figured out that it can’t be spherical — it seems oblong.

“It’s also red in color, we know that. The surface is even redder than the surface of Pluto,” says Anne Verbiscer, a planetary scientist at the University of Virginia.

This world is 44 times farther from the sun than Earth is, she says, and it has been out there since the solar system formed over 4 billion years ago.

“So the sun has not heated it up at all and modified its surface,” Verbiscer points out. “It’s been essentially unchanged.”

That makes it a potentially revealing relic from the solar system’s early days. “Seeing what the surface is going to look like up close is just going to be amazing!” Verbiscer says.

It takes about six hours for the New Horizons data to get all the way back to Earth, and researchers expect that detailed images from the spacecraft’s close flyby will be unveiled to the public on Jan. 2.