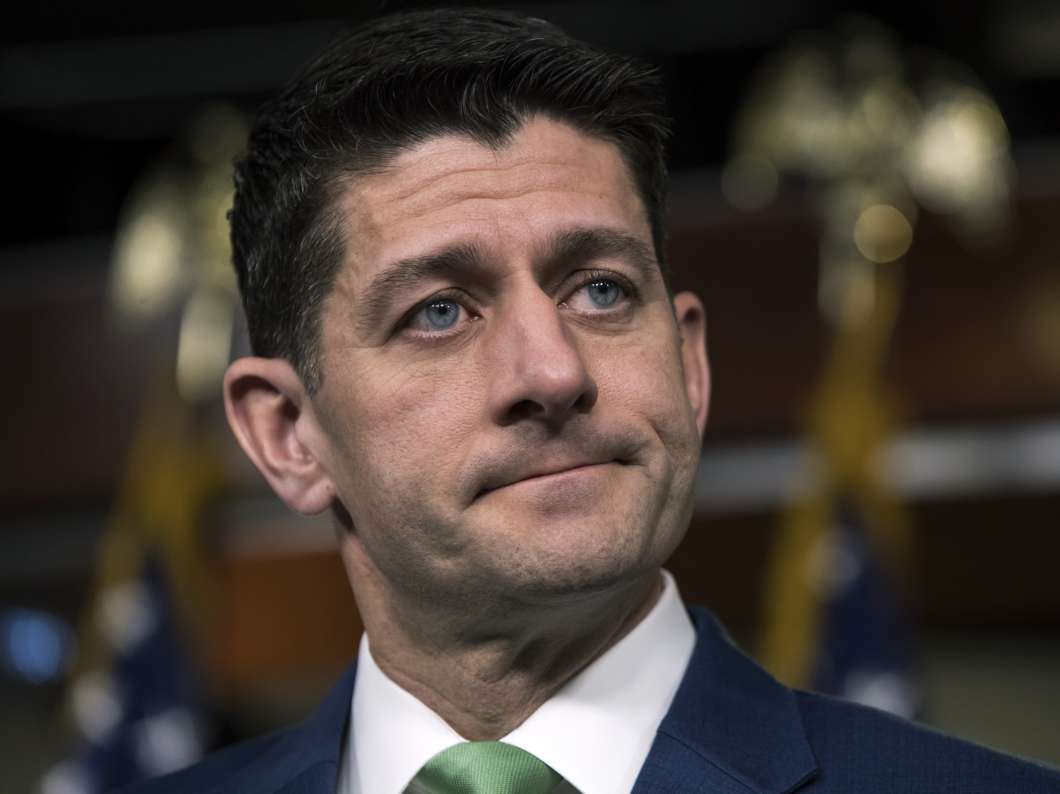 House Speaker Paul Ryan told Republicans in the House Wednesday that he will not run for re-election in 2018. (NPR confirmed earlier Wednesday morning that Ryan would retire.)

Ryan will not step down before then.

“This morning Speaker Ryan shared with his colleagues that this will be his last year as a member of the House,” Brendan Buck, counselor to the speaker, said in a statement. “He will serve out his full term, run through the tape, and then retire in January.

“After nearly twenty years in the House, the speaker is proud of all that has been accomplished and is ready to devote more of his time to being a husband and a father. While he did not seek the position, he told his colleagues that serving as speaker has been the professional honor of his life, and he thanked them for the trust they placed in him. He will discuss his decision at a press conference immediately following the member meeting.”

President Trump tweeted out praise for Ryan, calling him a “truly good man.” He also touts his “legacy of achievement that nobody can question.”

But that record is somewhat uneven. On the one hand, he passed a signature piece of legislation on taxes, something he’s been focused on since he began his public career. On the other, however, Republicans during his tenure were unable to repeal and replace the Affordable Care Act. After the high-profile failure last year, Ryan described Obamacare as “the law of the land.”

And Congress is not expected to get much, if anything, else done this year before the midterms.

There have been rumors for some time that Ryan could retire. And his tenure has been something of an uneasy one since even before taking the job. Ryan took the job after House Speaker John Boehner was ousted, under pressure from conservatives in his conference.

He was thought to have little interest in the job, given his position as chairman of the powerful House Ways and Means Committee. But he was roundly seen as the only person who could get the votes necessary to be elected to the post.

Those tensions didn’t entirely go away.

His relationship with President Trump was also an uneasy one. He was critical of Trump’s demeanor during the 2016 campaign, but he soon swallowed those criticisms when Trump won.

Hoping to push forward on conservative legislation, Ryan worked with the president more than against, but he was still — on a near-daily basis — quizzed by reporters on the latest Trump tweet or sound-off.

Ryan has also long been thought to have ambitions for higher office. Getting out of the spotlight now, especially in the Trump era, could help those ambitions. Ryan, the vice-presidential candidate with Mitt Romney in 2012, is, after all, only 48.

Being a congressional leader is usually not helpful to a politician’s public image. They often become lightning rods for political partisanship. Getting out now, one theory goes, Ryan could lay low and potentially run for president at a later date.

Ryan’s exit also adds another potential target for Democrats looking to take over the House this year. The filing deadline to get on the primary ballot in Wisconsin is June 1. The primary is Aug. 14.

Although Ryan won his last re-election with 65 percent of the vote, he was facing a strong challenge from Democrat Randy Bryce this year, who had already raised more than $2.6 million as of the end of 2017.

She added, “Despite our differences, I commend his steadfast commitment to our country. During his final months, Democrats are hopeful that he joins us to work constructively to advance better futures for all Americans.”