The Jan. 6 committee’s next hearing is Thursday, June 23 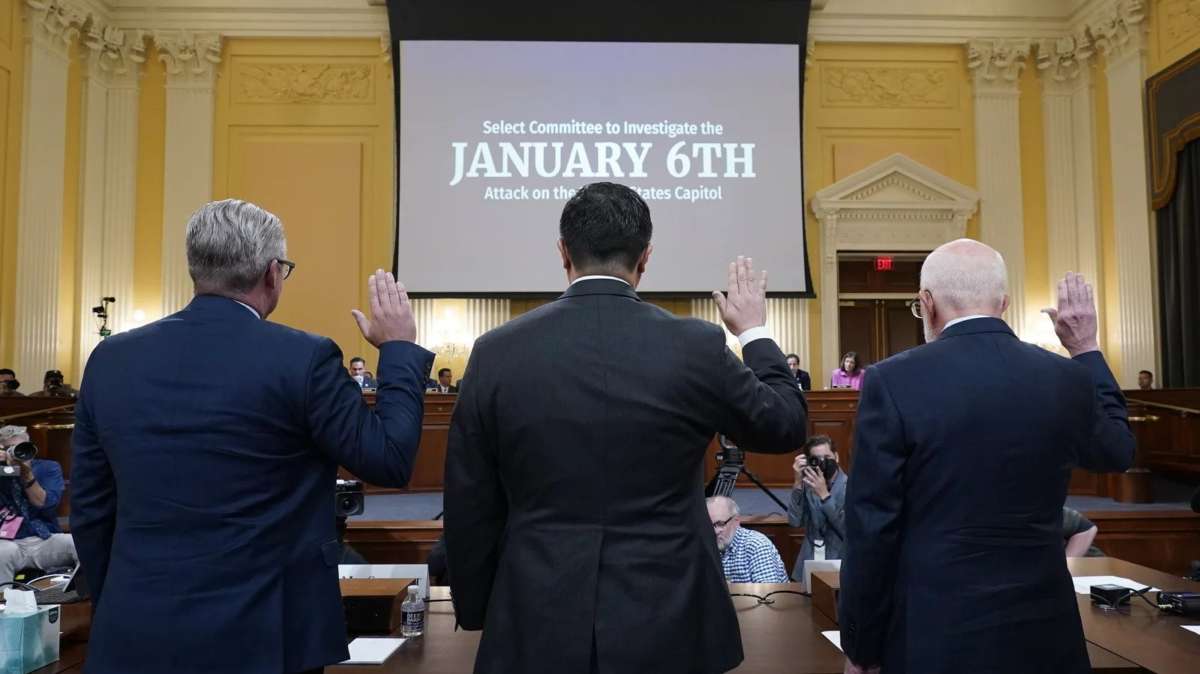 Witnesses swear in before a House select committee investigating the Jan. 6 attack on the U.S. Capitol hearing on Monday. J. Scott Applewhite/AP

The House select committee investigating the Jan. 6 Capitol insurrection will convene its fifth of seven planned hearings Thursday to focus on the intense pressure Trump put on the Justice Department to help undo the 2020 presidential election.

The panel is revealing details of its months-long investigation this month into the connection between former President Donald Trump’s voter fraud conspiracy claims and the insurrection on the Capitol on Jan. 6, 2021.

Former Acting Attorney General Jeffrey Rosen and former Acting Deputy Attorney General Richard Donoghue are expected to testify, according to NPR’s Carrie Johnson. Both pushed back on Trump’s efforts to enlist the department in advancing bogus claims of fraud in the election.

Catch up on what happened during the first hearing here — and the second hearing and the third hearing.

The panel is expected to release its findings in a report in September. It has interviewed more than 1,000 witnesses, publicly subpoenaed about 100 individuals, including members of Congress, and collected evidence like documents, texts and emails over nearly 11 months as part of its investigation into what happened the day of the Capitol insurrection and what led to it.

You can watch the hearing and follow along with live updates on NPR.org. NPR will also broadcast live special coverage of all the hearings. Find your local member station or use the NPR One app to listen.