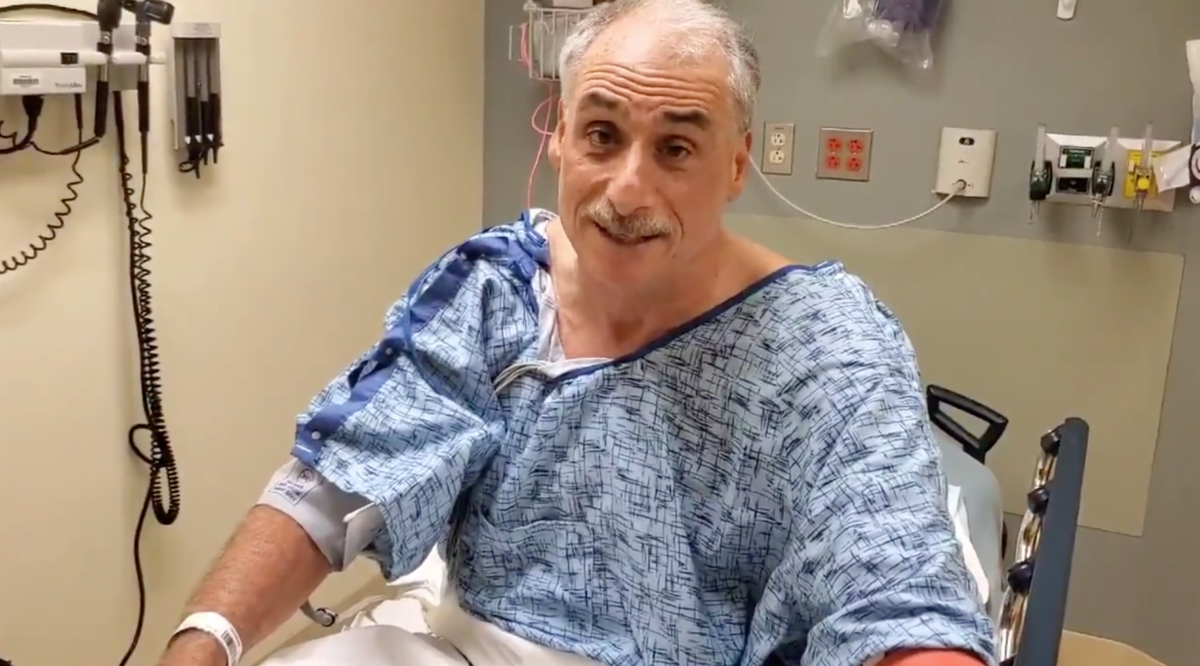 Volusia County Sheriff Mike Chitwood says he had jumped on his bike after work to get a 20 mile bike ride in, when he was hit hard in the rear by a burgundy colored car.

Chitwood says he flew off the bike and was impaled in the back by the car’s mirror. He says the accident was captured on video by another driver on the road who told him it looked like the person had sped up to hit him.

Regardless, he says police, fire and other emergency personnel are taking great care of him in Port Orange and the whole thing could have been a lot worse.

THANK YOU ALL for your well wishes, and thank you to everyone who rushed over here to help. Here’s an update from the ER where they’re taking GREAT care of me. To the hit and run driver- just come forward! pic.twitter.com/oXo1fej7f6

The Volusia County Sheriff’s Office announced the accident earlier in the afternoon on Thursday.

First, good news: He’s OK! @SheriffChitwood was hit on his bike this afternoon in Port Orange. He’s being transported with minor injuries but he’s in good spirits. Crash occurred around 4:30 at Town West Blvd/Daylily St. Thanks for your well wishes & patience for further info.

Chitwood and his department are calling on the driver to turn themself in.