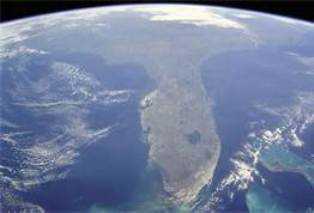 NASA’s announcement of the winners of its Commercial Crew competition is a boost to Florida’s Space Coast.

Boeing’s CST-100 and SpaceX’s Dragon capsules are set to start flying from Florida to space in 2017.

Boeing will base its operations at Kennedy Space Center, in an old shuttle processing facility. The company has promised 550 jobs.

Lynda Weatherman of the Economic Development Commission of Florida’s Space Coast says the news breathes life into the region, which has suffered since the last shuttle launch in 2011.

“While we have unmanned launches and people come and they see it, there’s something obviously humanistic about having an astronaut. And we get so much, every hotel room is filled. People from all over the country will make plans to come and see this.”

Boeing and SpaceX will share a $6.8 billion contract that includes six missions each.

Meanwhile NASA wants to fly astronauts to an asteroid and Mars. An unmanned test flight of its new spacecraft, Orion, is scheduled for December.

Weatherman says while the new programs won’t replace the thousands of jobs lost when the shuttle program ended, they are part of a more diverse and stronger economic future for the region.