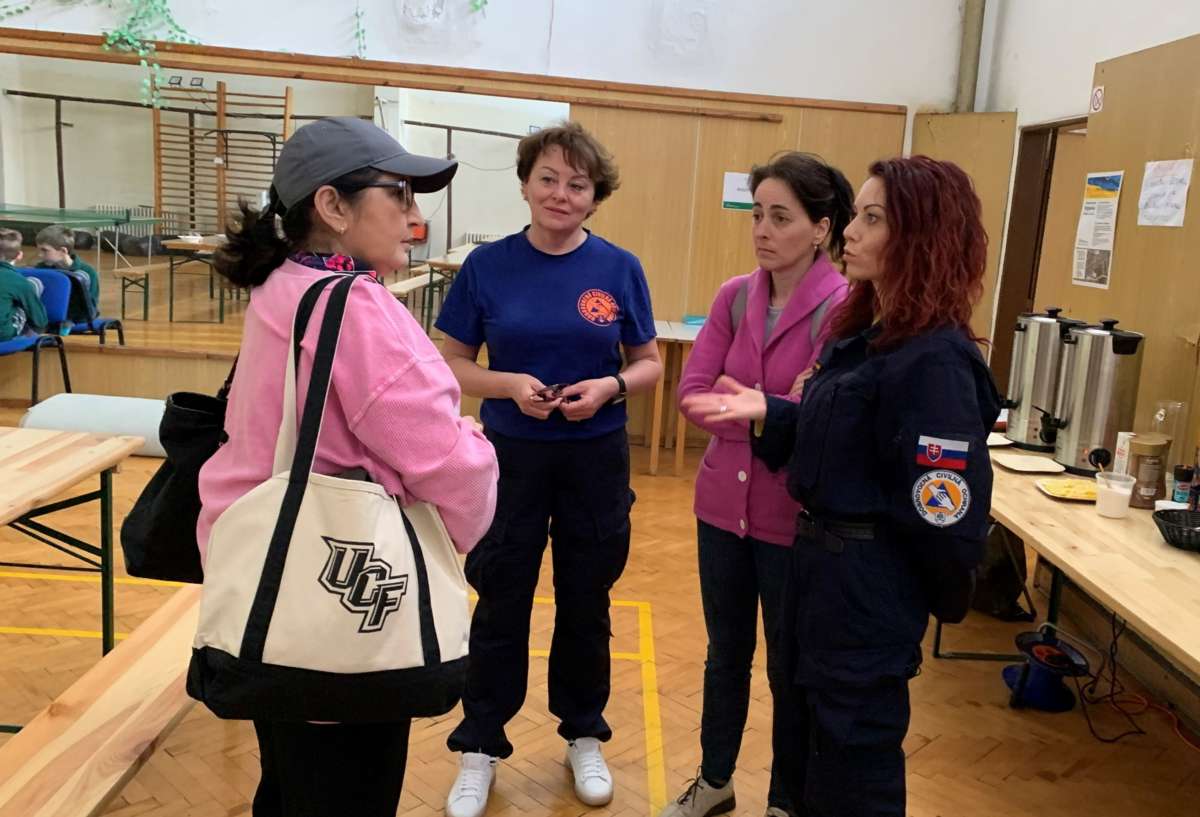 Amid Russia’s invasion of Ukraine, Gulnora Hundley, a counselor and lecturer at the University of Central Florida, has found a unique way to help the Ukrainian people.

She provides free trauma therapy over Zoom to groups of psychologists working amid war and displacement.

Hundley says she has helped 70 so far.

She spoke with WMFE on Monday.

“I’m a core faculty at the counselor education program, University of Central Florida. And also I have a small private practice in Winter Park, Florida, and I provide services for individuals with trauma. When I became aware of the war, I thought that I need to help somehow and I posted a very small announcement in Russian on Facebook and I said: ‘Helping helpers. If you’re interested, please contact me.’ In a few hours I had approximately 150 requests.”

Reducing the effects of trauma

Hundley says she realized that counselors would be able to handle the group session online better than most refugees, though she still hopes, with the help of volunteers at refugee centers in Slovakia, to provide trauma therapy to refugees, too.

“All these psychologists are active. What that means (is) that they are helping other Ukrainians in different capacities. Some of them are able to be in person at the hospitals. Some of them are providing phone counseling. Again the goal (is) to help helpers and help them to to do a little bit of self care in my groups so they can be effective in the field.

“The amount of stress and trauma in time of war is very unique and is very vast and my favorite word is resilience. And that’s what I’m discovering. When I’m working with Ukrainian psychologist, bravery, resilience, strength. However, of course, the damage is there because that’s the nature of human brain at some point, the effects of being under the stress for long time. It appears in a form of different symptoms.”

The symptons include anxiety, depression, numbness, apathy and lack of energy. Hundley says the trauma therapy can, for a moment at least, reduce the effects of trauma and stress.

Finding their own ways to cope

Hundley says that, while in no way downplaying the traumatic effects of war, the psychologists often want to talk about daily experiences.

“They have opportunity to process something that they never had a chance to process. For example, the one psychologist was talking about how her sister who lives in Russia did not believe her that war is happening. It didn’t matter that that psychologist sent her pictures and her videos. Her sister in Russia said this is all made up and stopped talking to her. So she processed that.

“There’s a lot of grief and loss. There is a lot of uncertainty in a everybody’s lives and there is no stability. A lot of people uprooted. And for me it was fascinating to watch. How Ukraine psychologists, being so resilient, have found their own ways to cope with that. Some of them said that God will help us. Some of them said, ‘I have hope.’ In one group, they all collectively said, ‘We have hope collectively, and that will get us through.'”