U.K. Moves To Speed Up Vaccinations, With Goal Of 1st Dose For All Adults By July 31 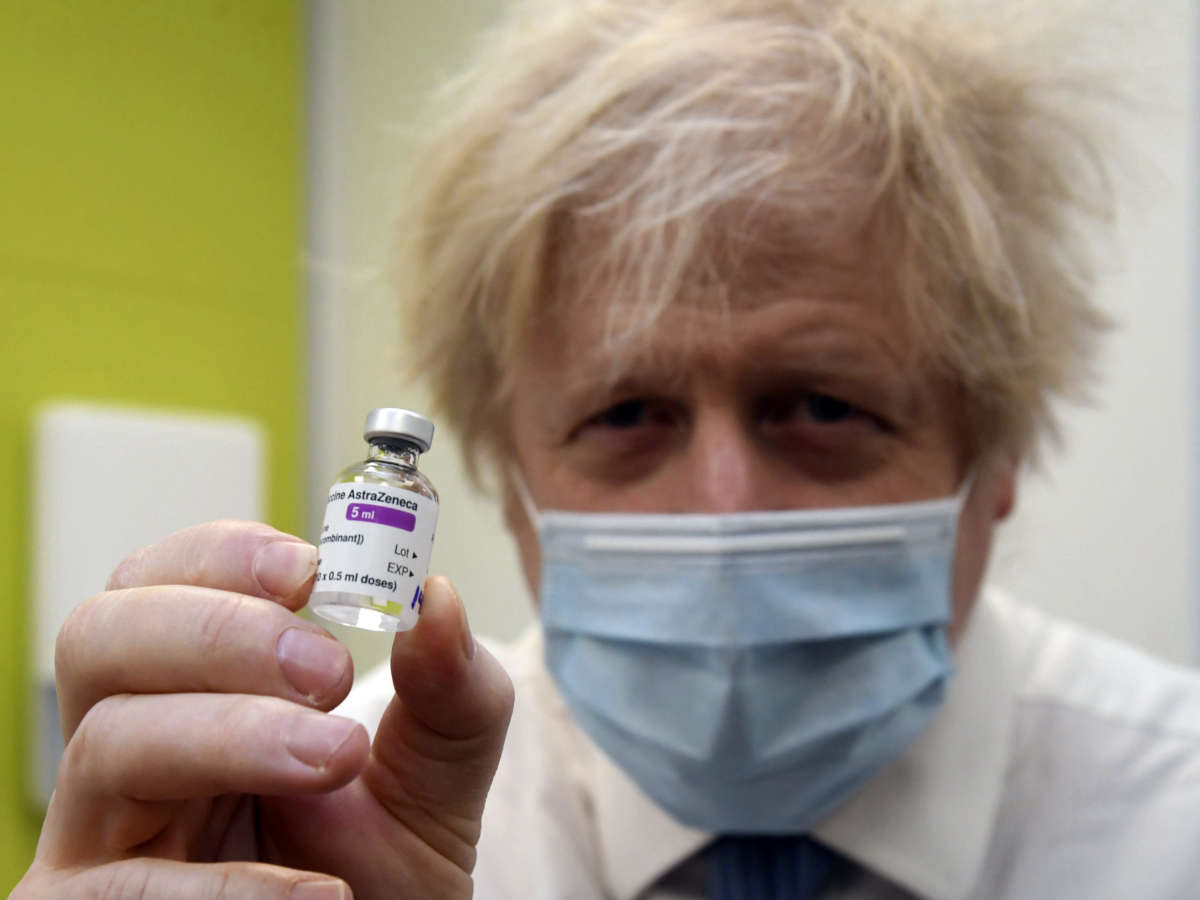 Britain's Prime Minister Boris Johnson holds a vial of the AstraZeneca vaccine during a visit to a coronavirus vaccination center in London on Feb. 15, 2021. The British government hopes to vaccinate all adults by the end of July.
Image credit: Jeremy Selwyn

The British government has announced that every adult in the U.K. will be offered a first dose of COVID-19 vaccine by the end of July, one month earlier than initially planned. Prime Minister Boris Johnson says the accelerated target will allow vulnerable people to be protected “sooner,” which should help relax the lifting of lockdown restrictions across the country.

Senior ministers met to discuss the plan Sunday. Johnson will unveil the plan to ease restrictions to the House of Commons on Monday.

Health Secretary Matt Hancock told the BBC that about one-third of U.K. adults — about 17 million people — have already been vaccinated. The new target also calls for everyone over 50 or with an underlying health condition to get a vaccine shot by April 15, rather than the previous target of May 1.

The U.K. uses both Pfizer and AstraZeneca vaccines.

Britain is delaying giving second vaccine doses until 12 weeks after the first in an effort to give as many people as possible partial protection quickly, according to the Associated Press. While the move is backed by scientific advisors in the U.K., Pfizer says it does not have data to support the delay.

The U.K. was the first country in the world to grant emergency authorization of a COVID-19 vaccine. Still, the government has faced widespread criticism for its handling of the pandemic, which has left more than 120,000 people dead, the highest toll in Europe.

The country is more than a month into its third national lockdown, leaving businesses and schools closed. The prime minister is under increasing pressure to ease the lockdown to help get the nation’s struggling economy moving.

The latest lockdown was spurred by fast-spreading variants of the coronavirus — including one from South Africa — which overwhelmed British hospitals. Hancock said the number of cases of variants from South Africa was falling from a month ago.

“The latest data shows that there’s around a dozen new ones, so a much, much smaller number, and each time we find a new one we absolutely clamp down on it,” he said.