Two Years After A Devastating Knee Injury, Will McKenzie Milton Be Back On The Field For The War On I-4? 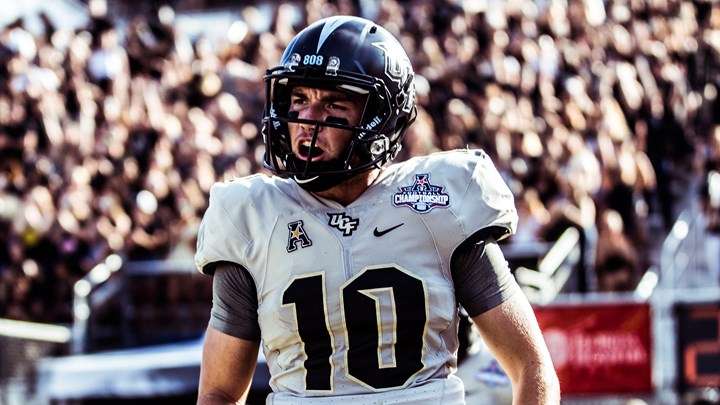 There’s speculation that McKenzie Milton could hit the field this Friday with the UCF Knights to face the USF Bulls, two years after a knee injury on the same field against the same team that almost ended his career.

It’s been uncertain when, if at all, Milton would be able to get back on the field. During a press conference this week, current quarterback Dillon Gabriel hinted that there was a surprise in store for fans for Friday’s game.

The Black and Gold Banneret’s Jeff Sharon said The Knights have NOT confirmed whether Milton will suit up or play in the game, but quarterback Dillon Gabriel hinted otherwise.  “In all of the meetings with the media that UCF has had throughout this year where we’re always asking, ‘what’s the latest on McKenzie, what’s the latest on McKenzie?'” said Sharon. “And Gabriel kind of spoke about how, there might be some surprises in store for Friday and he had this big gigantic smile on his face when he did that, like he knew something that others didn’t.”

Sharon thinks it would be fitting for McKenzie to walk off the Raymond James Stadium instead of being carried out on a stretcher.

If Milton does suit up, the question still remains of when he would actually play. Although Milton has been practicing with the scout team, Sharon said he mostly likely won’t start the game. “I would imagine it would be late in the game in garbage time, assuming we even get to that point. UCF is a very heavy favorite against USF. They’re a 25 point favorite, according to several outlets,” said Sharon.

UCF has NOT confirmed whether Milton will suit up and play in this week’s game.