Laura Intensifies into Season’s Fourth Hurricane over Gulf of Mexico 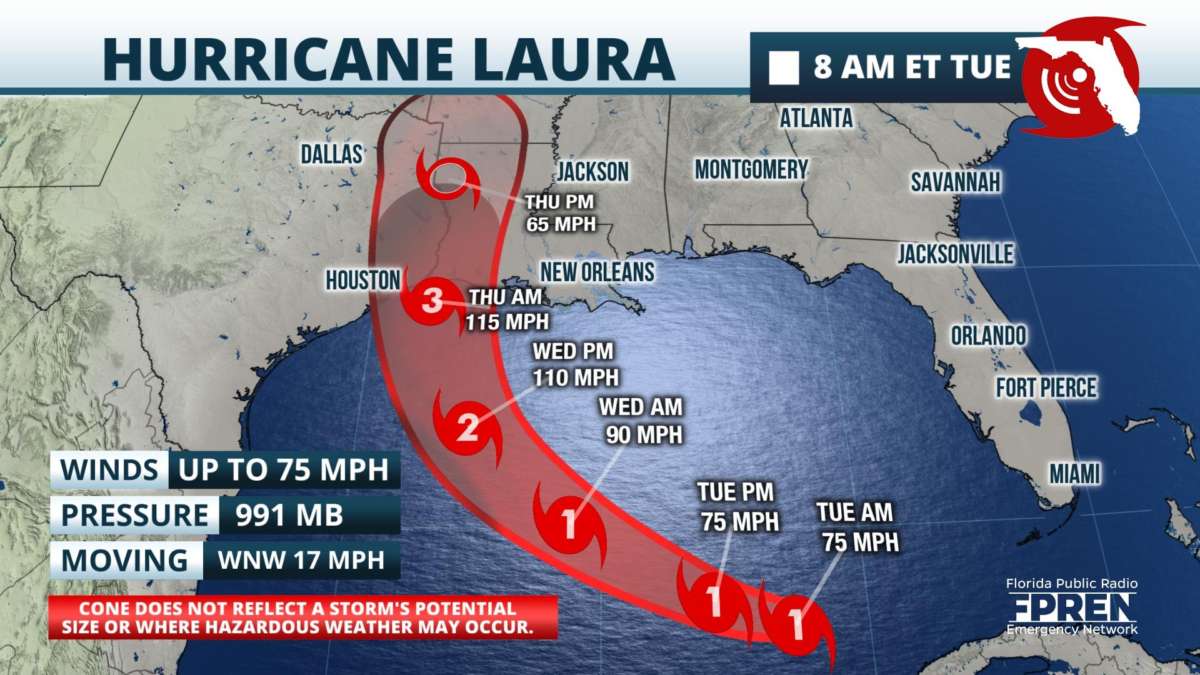 A reconnaissance plane investigating Laura found that it became a hurricane shortly after 8 AM ET / 7 AM CT. As of that time, top sustained winds were near 75 mph.

Laura is located about 145 miles northwest of Cuba’s western tip and 625 miles southeast of Lake Charles, Louisiana. It is moving toward the west-northwest near 17 mph. On this track, Laura is expected to make landfall late Wednesday evening or early Thursday morning along the upper Texas or southwest Louisiana coastlines. Hurricane Watches and Storm Surge Watches were in effect in these areas ahead of the anticipated storm’s arrival.

Deep warm water, light wind shear, and high atmospheric moisture over the Gulf of Mexico will cause Laura to strengthen — and likely rapidly. The latest forecast from the National Hurricane Center has Laura making landfall at category 3 intensity. However, there are reliable, high-resolution computer simulations that forecast Laura to become a category 4 storm before crossing the coast.

Forecasters said life-threatening surge and flash flooding are anticipated with Laura’s arrival. Storm surge flooding of 7 to 11 feet, along with 4 to 8 inches of rain were forecast near and to the north and east of where the eye of Laura makes landfall. Large swells, rip currents, and high surf were expected to occur elsewhere along the Gulf coast and as far east as Florida, creating dangerous conditions for swimmers and mariners.