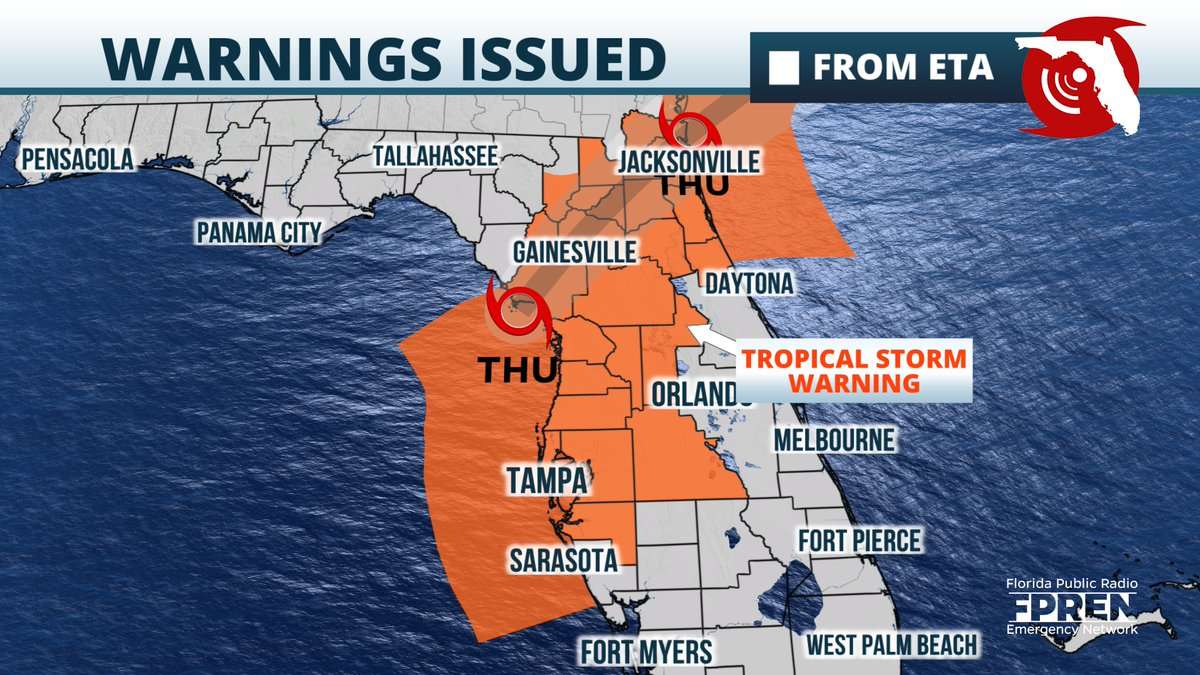 Tropical Storm Eta officially made landfall at 4 o’clock this morning in Levy County, Florida, near Cedar Key with top sustained winds of 50 mph.

“Dry air and wind shear took its toll on Eta before making landfall. Still, brief gusts around 40 mph are likely this morning mainly from the I-4 Corridor northward to interior North Florida and the First Coast. I expect what’s left of Eta’s circulation to move offshore near Jacksonville around mid-afternoon with conditions improving before dusk.”

The highest wind gusts recorded on the West Coast were mostly between 50 and 60 mph between Sarasota and Citrus counties, with gusts to tropical storm force in the Fort Myers area Wednesday afternoon. The highest gust recorded so far was 66 mph in Beverly Hills in Citrus County.