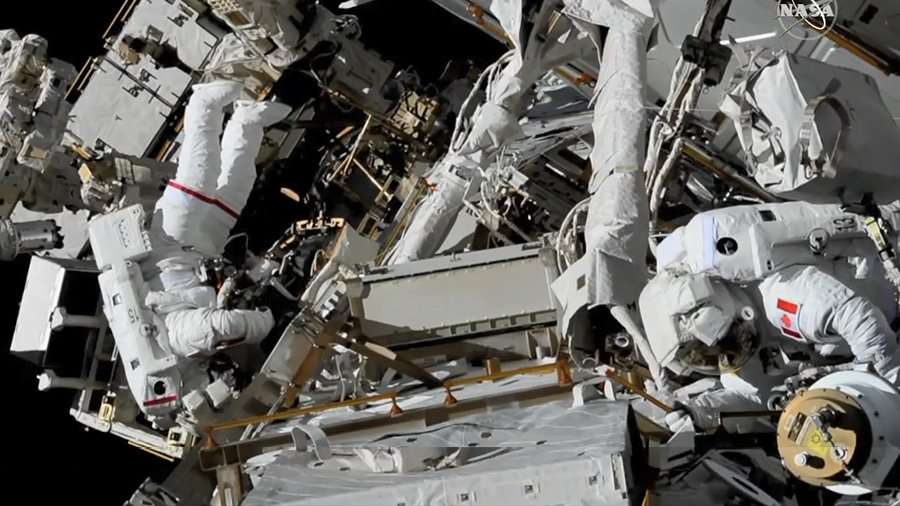 The last of three spacewalks to upgrade the International Space Station’s power system is complete. The final mission Monday wasn’t easy — the two spacewalkers had communication trouble for the more than six-hour spacewalk.

Along with issues with the communication system, Saint-Jacques ran into a stuck pin that prevented prep work for a future upgrade.

McClain, meanwhile, reported having a thin layer of moisture inside her helmet. The change to her visor was noticeable in the last 15 minutes of the spacewalk, she noted.

NASA is wary about moisture inside helmets ever since an Italian astronaut almost drowned during a spacewalk nearly six years ago because of a water leak in his suit. McClain insisted she wasn’t wet, and that the moisture was minimal. A crewmate later noted perspiration.

McClain also discovered one of the replacement batteries didn’t work. NASA says it will send a replacement to the station, although it is unclear when. Until then, this combination of old and new batteries is expected to work fine, according to managers.

The next spacewalk will happen next month by the station’s two Russian cosmonauts.