Tracker: Key Trump Contacts Who Have Tested Positive For The Coronavirus 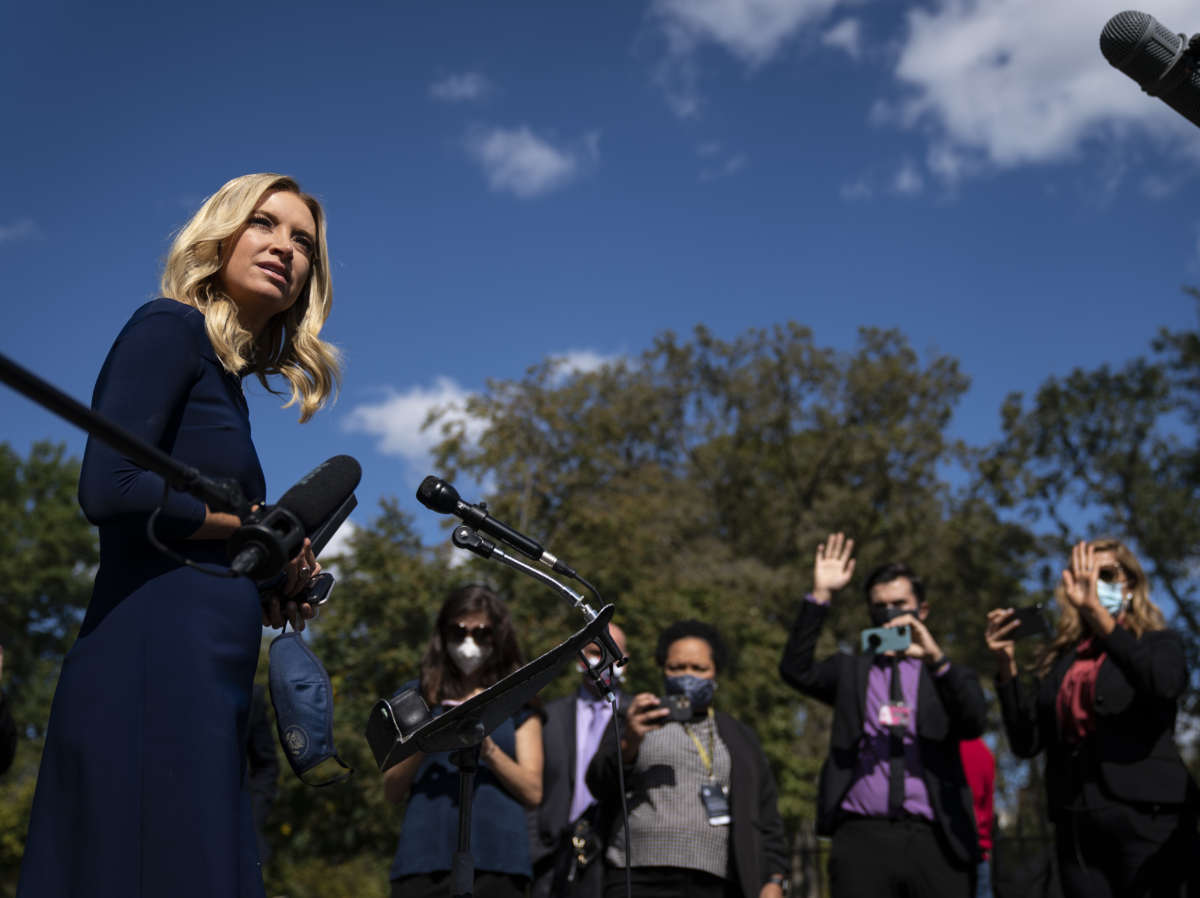 White House press secretary Kayleigh McEnany talks to reporters last week outside the West Wing of the White House. She announced Monday that she tested positive for the coronavirus.
Image credit: Drew Angerer

President Trump and close to a dozen key members of his circle, including senior White House and campaign staff and Republican senators, have announced positive coronavirus test results in the days before and after Trump tested positive.

These announcements came after a busy two weeks for Trump, who took part in the first presidential debate Sept. 29 and officially introduced Judge Amy Coney Barrett as his Supreme Court nominee on the prior weekend. The president also held multiple events in states around the country, including New Jersey, Minnesota, Florida, Georgia and Pennsylvania.

Many of those who tested positive were present with Trump at these events over the past two weeks.

White House aide Hope Hicks was the first senior official to announce her positive test results in this latest wave, with news of her diagnosis breaking Thursday evening. Hours later, Trump announced that he and first lady Melania Trump had had tested positive as well.

The results have upended business at the White House, on the campaign trail and caused the Senate to delay its return.

Several other White House staffers are known to have the virus. The White House has declined to give a total, citing privacy concerns, but is under pressure to describe the extent of the outbreak and explain how it happened.