Listen in: This McDonald’s worker is fighting for more protections in the workplace, so her daughter won’t have to face the sexual harassment she did 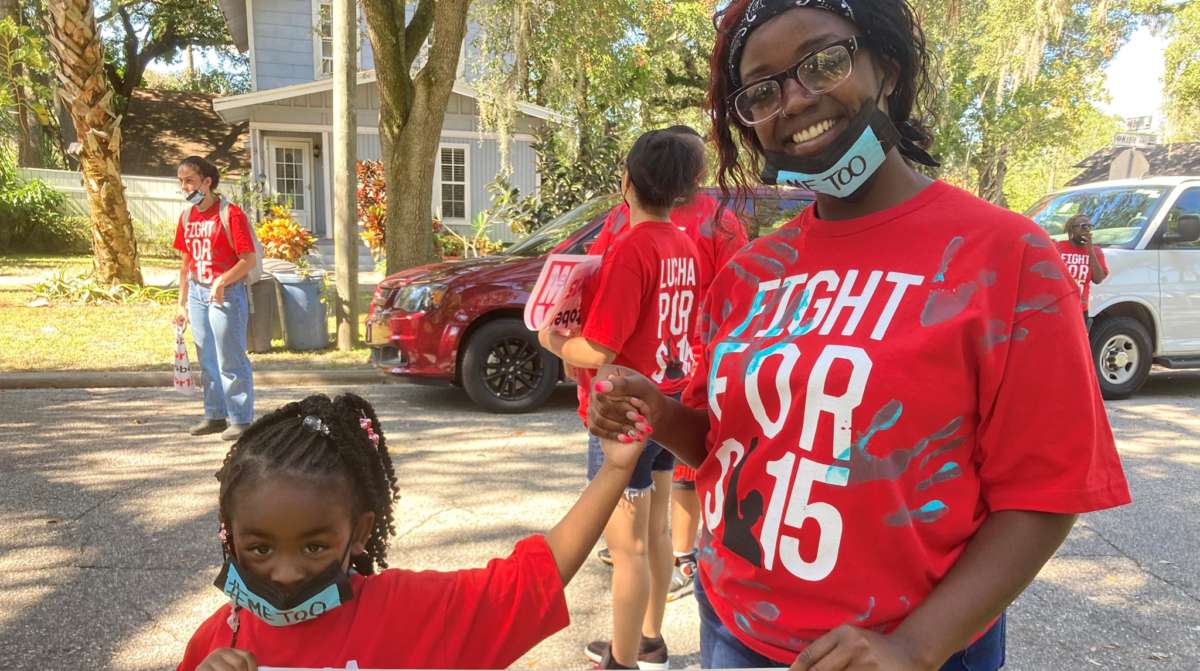 McDonald’s cooks and cashiers in Sanford, and in eleven other major US cities, staged a walkout today to protest unsafe work conditions at the fast food chain.

Since 2016, the company has been hit with more than 50 complaints and lawsuits alleging harassment and violence aimed at workers.

Read the full story below or listen to it by clicking on the link at the top.

Since 2016, McDonald’s has largely ignored frontline workers who have filed over 50 complaints and lawsuits, alleging illegal harassment.

It’s time for them to listen to workers and keep women safe at work. pic.twitter.com/6Gs52STqZJ

Jamelia Fairley and her four-year-old daughter wore matching #MeToo masks while leading the walkout in front of the Sanford McDonald’s where Fairley’s worked since 2016.

She says she was sexually harassed by two coworkers and when she reported the abuse her hours were cut short. She says only one of the coworkers was reprimanded.

“It made me feel like no one was listening to me. I wasn’t heard. I was taken as a joke.”

Fight for 15’s Counsel Mary Joyce Carlson says Fairley and other female workers in Florida have joined in a class-action lawsuit against McDonald’s.

Carlson says that’s only a start as the chain needs to do more to protect workers and prevent future abuse.

“But the problem is who comes behind them. You know? Who else in the stores is going to be exposed to a similar thing?”

In April, McDonald’s said it would require sexual harassment training at all of its stores.

But UCF professor Larry Barton says that might be too little too late.

“Now this was in April of this year, well after Jeffrey Epstein…but they were absolutely slow to the switch in terms of just needing to speak out.”