This Disney Worker Isn’t Planning on Leaving the Star Motel: “It’s About Doing What is Right” 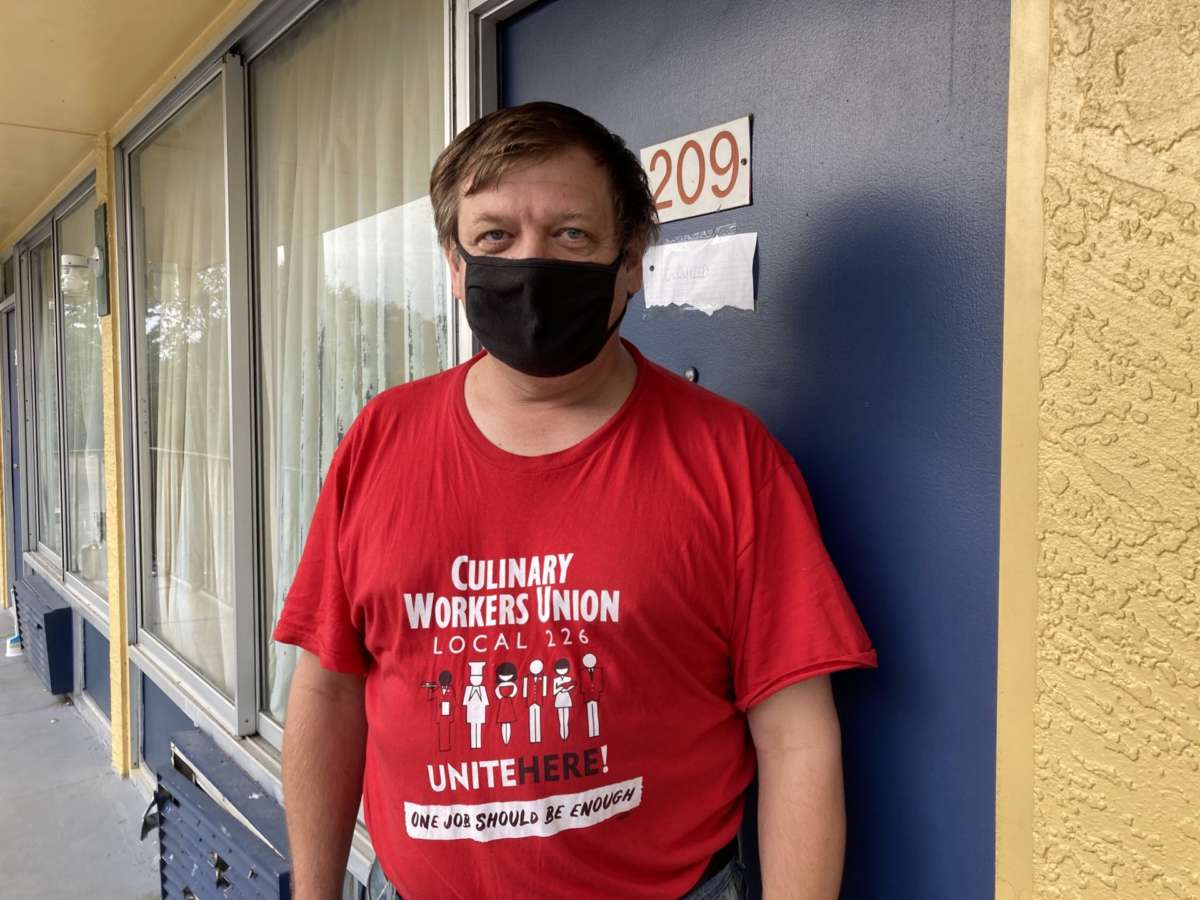 A handful of residents still living in the Star Motel in Kissimmee say they won’t leave their rooms unless they’re forced out. That’s as unused rooms are boarded up by the county.

About half of the rooms in the Star Motel, and most of the rooms at nearby Lake Cecile, have been boarded up and a giant green chain link fence surrounds both properties.

Boarded up rooms at the Star Motel. Photo: Danielle Prieur

Star Motel resident Mike Beaver who works at Disney says he wants to stay and push for the county to turn the motel into transitional housing.

“Having people on the streets is not acceptable if we can get them off the streets.”

But Rev. Mary Downey of the Community Hope Center, a nonprofit that has worked to rehouse some residents, says she would like to see the county provide more affordable long-term rentals like apartments and homes.

“When we look at that number holistically across the continuum, we’re in the deficit about 77,000 units for those who are low-income.”

In the meantime, Star Motel Manager Star Russo says she’s staying because she and her husband and son have nowhere else to go. There are no homeless shelters in the county.

“Because at this point I’m still standing and fighting. I don’t have anywhere else to go. I’m ordered by Osceola County to be here because I’m on probation. So, guess what? Looks like they better find me a place to go.”

The county is expected to meet with the Star Motel’s management in January to discuss the future of the property.