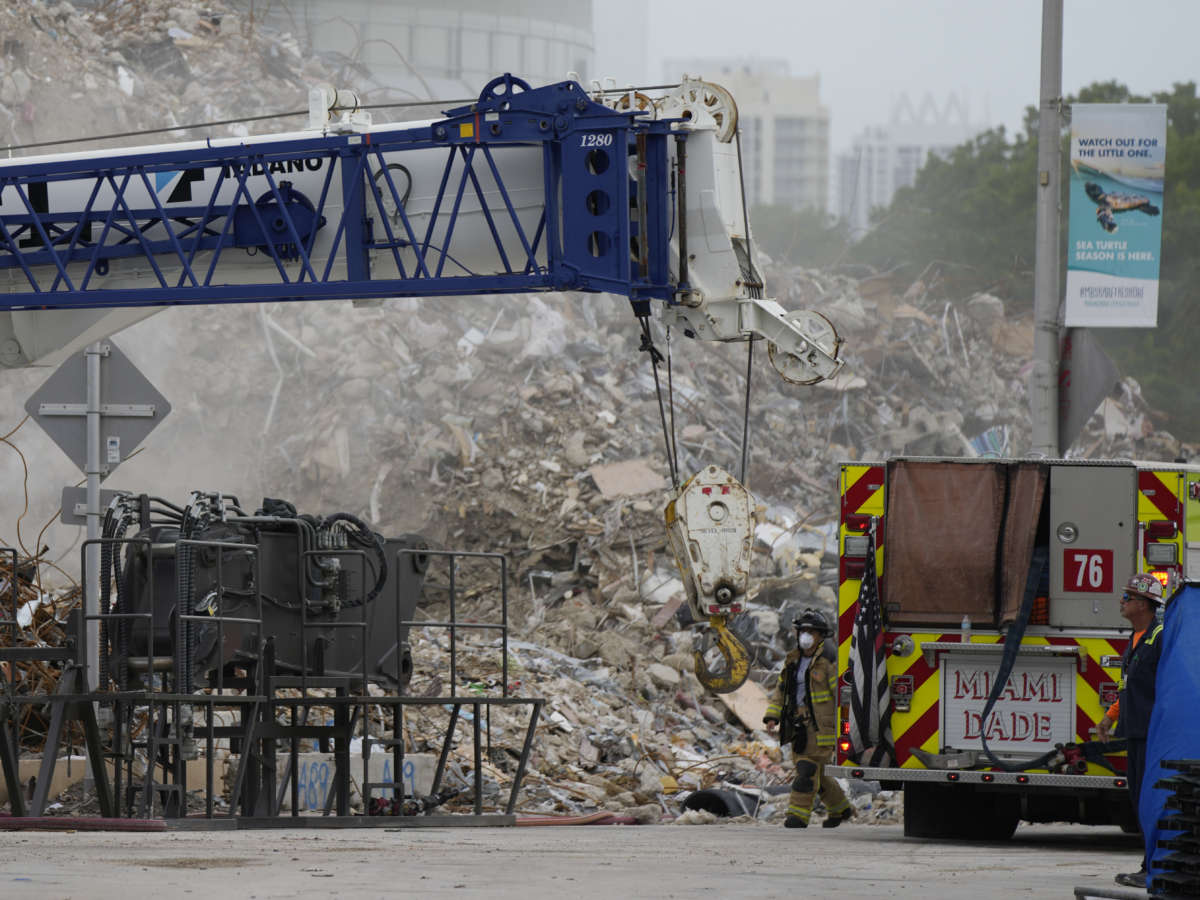 The search for victims in one of the deadliest building collapses in U.S. history has come to an end after four weeks. Firefighter crews have scoured the debris left on the site of the catastrophe without finding evidence of additional casualties.

Officials had vowed to continue the search for people among roughly 11 tons of rubble that remained following the sudden destruction of the Champlain Towers South condo building in Surfside, Fla., on June 24.

In all, 97 people have been confirmed dead — a significant drop from initial estimates of possible casualties, which suggested as many as 159 had been killed. That figure fell as authorities identified remains or discovered people who turned out not to have been in the building at the time of the collapse.

One person is thought to be unaccounted for.

The only victims who made it out alive were recovered from the site shortly after the tower came crashing down.

Identification of the remains has gotten harder as time has passed

Of those whose bodies have since been unearthed, all but one have been identified, according to officials. However, the process became increasingly difficult due to a heat wave and flurry of rainstorms striking the area in recent weeks.

“We’re relying heavily on the work of the medical examiner’s office,” Levine Cava said during a news briefing. “It’s a scientific process to identify human remains. As we’ve said, this work is becoming more difficult with the passage of time.”

There were also some setbacks in the round-the-clock search due to the dangerous and unstable conditions at the collapse site.

At least 22 million pounds of debris and concrete have been removed from the site, and officials warn the investigation is complex. They caution it will be a slow and deliberate process that will take time to complete. The site has been under the control of the Miami-Dade Police Department, classified as a crime scene.

Engineers from the National Institute of Standards and Technology, a federal agency that investigates building collapses such as the World Trade Center, were deployed to Surfside on July 15. They will “gather evidence and determine how and why the Champlain South Tower collapsed,” Miami-Dade County State Attorney Katherine Fernandez Rundle said in a statement.

“To date, there have been multiple requests by engineers and attorneys to gain access to this site due to their understandable desire to move their civil court actions forward. However, we cannot forget that the scene and all the related materials are still under active investigation, preservation and examination, and as usual, law enforcement is in charge of the scene,” Rundle added.

Earlier reporting showed local authorities warned residents of “major structural damage” and a error in the construction of the building as early as October 2018 — three years ahead of the building’s mandated 40-year inspection.

At the time, a local engineer found the structural slab of the 12-story building was deteriorating; it was flat instead of sloped. That caused water to pool on the surface, weakening the structure. Over decades, according to the report, the concrete began to crumble, and support columns rusted.

But despite the troubling revelations, Champlain Towers South condo residents debated for years how to tackle the issues as well as the $9 million price tag to fix the building’s problems.

They were reminded of the dire findings in a letter on the “state of the building,” as recently as April. In it, the condo board explained the urgent need for $15 million worth of repairs, saying discussion of the construction had stretched for months and years.

“The observable damage such as in the garage has gotten significantly worse since the initial inspection,” the board’s president wrote. “When you can visually see the concrete spalling (cracking), that means that the rebar holding it together is rusting and deteriorating beneath the surface.”

She also raised alarms about the rapid deterioration of the roof, saying the “situation got much worse” since the initial report was filed.

Documents provided to NPR show the board approved seeking a $15 million line of credit on April 13. However, the structural repairs had not yet begun when the condo collapsed two months later.