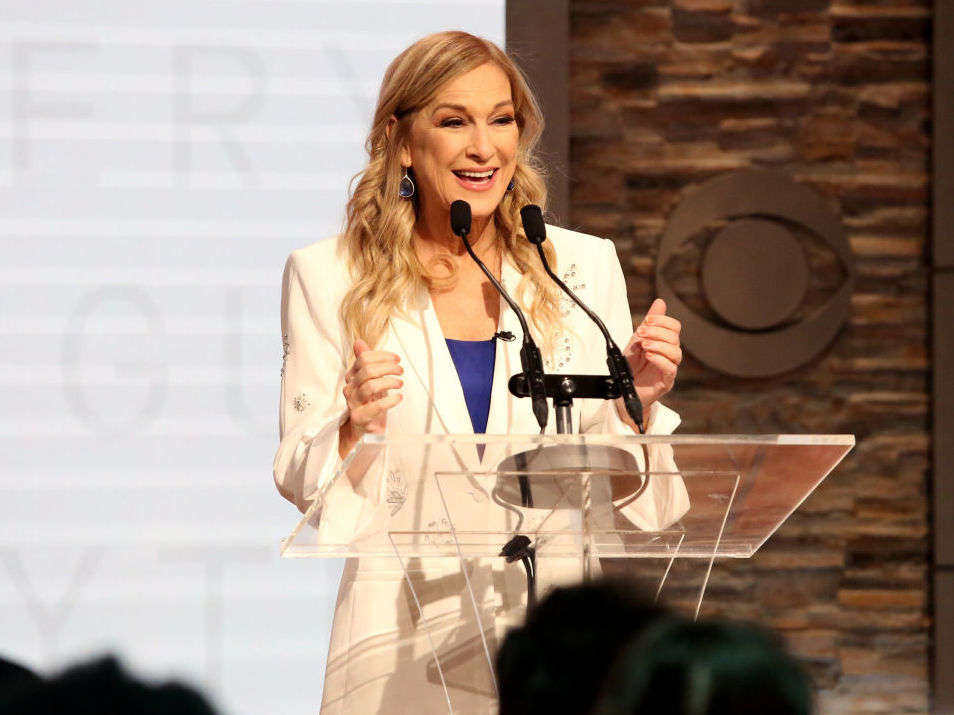 The president and CEO who was brought in to change the culture behind the Grammy Awards — and whose tenure lasted only five months — has been fired.

The Recording Academy, the non-profit organization which gives out the awards, said in an announcement to its membership today that it had commissioned “two exhaustive, costly independent investigations relating to Ms. Dugan and the allegations made against her and by her.”

That phrase refers to a complex and chaotic volley of accusations and counter-accusations between Dugan and the Academy which transfixed the American music industry several weeks ago.

Dugan was suspended on Jan. 16, just days before the 2020 awards were given out. At the time, the Academy said that she was suspended due to “a formal allegation of misconduct by a senior female member of the Recording Academy team,” and that she had been placed on administrative leave.

On Jan. 21, Dugan filed a discrimination complaint with the Equal Employment Opportunity Commission against the Academy. That filing contained a number of bombshell accusations, including that her predecessor, Neil Portnow, raped a female artist in New York; that she was pressed to hire Portnow as a consultant for $750,000 by the Academy’s then-board chair, John Poppo; and that the Academy’s general counsel and former board chair, Joel Katz, sexually harassed Dugan in May 2019, as she was being courted for the top Academy job. Both Portnow and Katz have strongly denied Dugan’s allegations; Portnow has said that he was exonerated by an independent investigation.

Dugan also alleged that the Grammy nominating and voting process itself was “rigged” and “corrupt,” which the Recording Academy has denied.

In a statement on Monday afternoon, Dugan’s attorney, Douglas Wigdor, said: “The Academy’s decision to terminate Ms. Dugan and immediately leak that information to the press further demonstrates that it will stop at nothing to protect and maintain a culture of misogyny, discrimination, sexual harassment, corruption and conflicts of interest. The decision is despicable and, in due course, the Academy, its leadership and its attorneys will be held accountable under the law.”

When Dugan was named to lead the Academy, she promised a new era of transparency, diversity and inclusivity at the Grammys.

In a Monday letter that the Academy’s executive committee addressed to its members, the organization said that the board’s decision to fire Dugan was due in part to the simultaneous investigations. According to the Academy, those were led by unnamed “experienced individuals with no prior relationship to the Academy,” who had interviewed 37 witnesses in total, and that they had reviewed “numerous” documents and emails. However, the letter does not provide any information about the results of those investigations.

According to Dugan’s EEOC complaint, the investigators were selected by the law firm Proskauer Rose. A partner at Proskauer Rose, Charles Ortner, serves as national legal counsel to the Academy. Records show the law firm also worked for the Academy in the past, charging over $900,000 in 2017 and over $870,000 in 2016, the most recent years for which financial information is available.

In a press statement Monday, Tammy Hurt, the vice chair of the Academy’s national board of trustees, said: “The investigation overwhelmingly confirmed the serious complaints that had been lodged against her by a multitude of Academy staff members.”

In its email exchange with NPR, the Academy said that the investigation against Dugan “revealed a multitude of allegations across the Recording Academy’s staff that are consistent with those made earlier.” The organization declined to say how many individuals made accusations against Dugan, or what the allegations were.

This appears to be the first public statement by the Grammys organization that more than one person has made allegations against Dugan. The Academy declined to confirm that, writing instead: “The independent investigation has confirmed it and that is new.” It also said that it has committed to releasing “everything it is legally allowed to, including what’s in today’s letter to members,” though it did not give a timeline for that information to be shared.

The Recording Academy also said in its letter to its membership that Dugan had exhibited “consistent management deficiencies and failures” during the five months that she was at the Academy.

In 2018, the Academy formed a task force to address diversity and inclusion at the organization and its awards. Referring to that work in its letter, the organization continued, “In the coming days, we will initiate a search for a new president/CEO who will leverage the Academy’s diverse membership and rich history and help us transform it to better serve our members today and into the future. As we structure this new search, we will look carefully to see where the last one led us astray and make any necessary changes going forward. … From this point forward, our focus will be on moving forward with the transformation agenda we initiated prior to hiring Ms. Dugan, and on working to improve the Academy. Much of this work has been happening but much of it is yet to come. We realize that we are not perfect, but we want you to know that our attention and energy will remain squarely on you and on the positive changes we are making together.”

In a statement this afternoon, Dugan said in part: “While I am disappointed by this latest development, I am not surprised given the Academy’s pattern of dealing with whistleblowers. Is anyone surprised that its purported investigators did not include interviewing me or addressing the greater claims of conflicts of interest and voting irregularities?”

Dugan continued with a reference to her Academy predecessor, Neil Portnow, who infamously said that women in the music industry needed to “step up” to be recognized: “Instead of trying to reform the corrupt institution from within, I will continue to work to hold accountable those who continue to self-deal, taint the Grammy voting process and discriminate against women and people of color. Artists deserve better. To me, this is the real meaning of ‘stepping up.'”