The movement against abortion rights is nearing its apex. But it began way before Roe 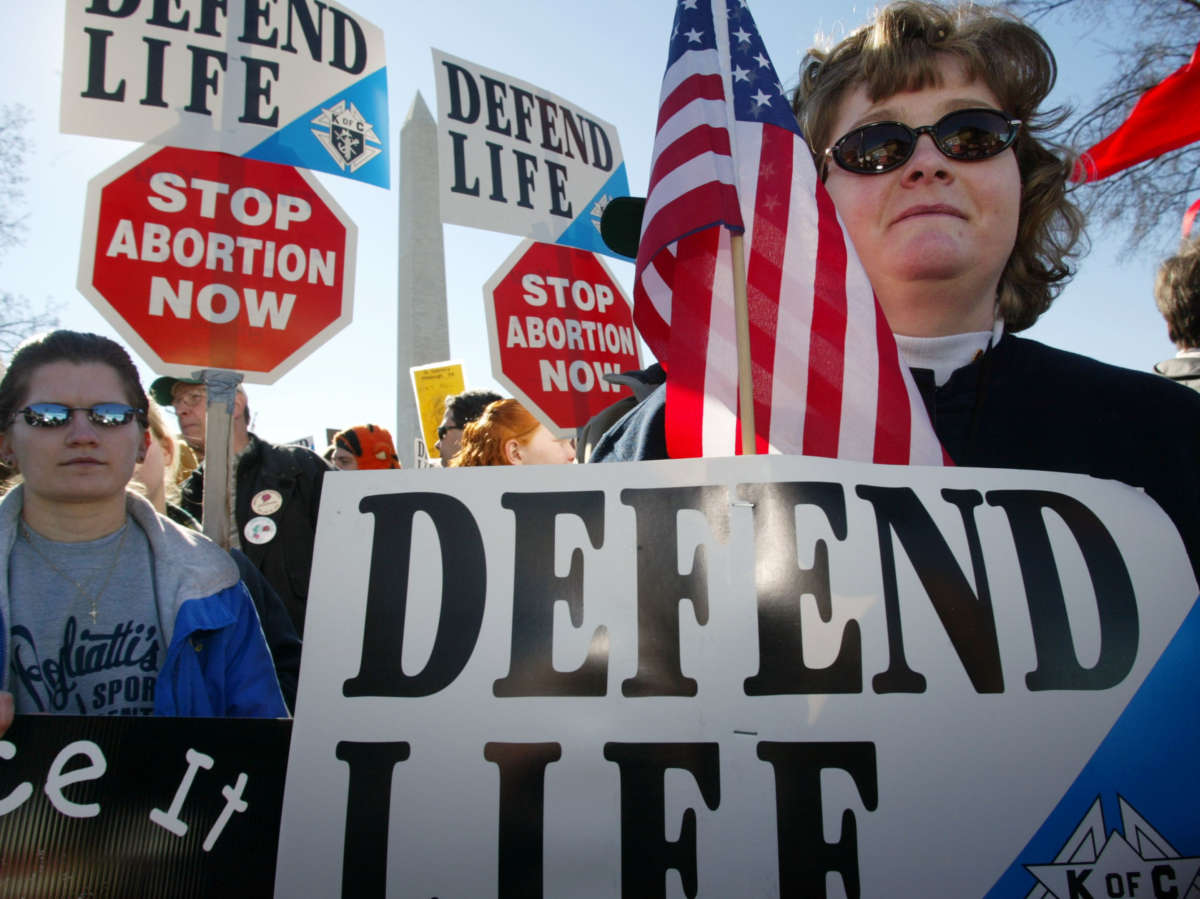 The Supreme Court ruled on Roe v. Wade in 1973, saying that access to abortion was protected in the United States.

The decision fueled the anti-abortion movement and congealed it, too. Prior to Roe, anti-abortion activists were operating on a state level, but the Supreme Court’s ruling turned the movement into a national one.

In the decades before the decision, opposition to abortion was a fairly bipartisan issue. In fact, many Democrats in elected positions were likely to oppose unrestricting abortion access because many represented Catholics, who were largely opposed to abortion. But even then, it wasn’t a politically charged topic.

Now, the Court appears to be on the verge of overturning the right to an abortion, bringing a movement that transformed American politics over the past half century to its apex.

In the past decade, Donald Trump was able to win the White House in no small part because he galvinized conservative evangelicals by pledging to appoint Supreme Court justices that would overturn Roe. It was a promise he fulfilled, even though Trump had previously supported abortion rights.

But the history of organized opposition to abortion access started more than a century before Roe v. Wade, with roots in British common law.

In the early days of the country, laws often reflected British common law, and when it came to abortion, the process was determined by quickening. Quickening meant the moment the pregnant person could feel the fetus move, which typically happened between the fourth and six month of pregnancy. At that time, it was the only way to truly confirm the pregnancy, so the thought of life beginning at conception wasn’t a factor at all.

Ending the pregnancy after the quickening period was considered illegal, but was just a misdemeanor. And even then, it was hard to prosecute because it was only the pregnant person who could attest to whether or not the fetus had moved. Abortions were accessible and largely without stigma at this time.

But close to the mid 1800s, some doctors, who at the time were a mostly unorganized profession, sought to separate themselves from the healers and midwives who were also performing abortions. Doctors didn’t have as much medical or institutional authority as they do today, and some in the profession pushed states to pass anti-abortion laws in order to tamp down on competition. These physicians, all of whom were men and who were backed by the newly founded American Medical Association, argued that they had more knowledge on embryos and that the heightened medical knowledge was necessary to determine when life began.

It should be noted, though, that this claim of advanced knowledge didn’t actually exist in the medical community. Historians note that this argument was mostly used as a way to take away women’s bodily autonomy. Now, it was a doctor who could interpret their medical condition, rather than just relying on whether the pregnant individual could feel the fetus move.

Their efforts worked. By the early 1900s, every state had made abortion illegal, though there were exceptions made if the life of the pregnant person was at risk.

What happens next, in the decades leading up to Roe v. Wade?

In these decades leading up to Roe, abortion was for the most part illegal. Because of that, seeking abortions also became extremely dangerous, particularly for low-income pregnant people and people of color, especially Black women.

In 1930, abortion was listed as the official cause of death for almost 2,700 women in the United States, though there were likely many more deaths that did not get recorded. In the 1940s when antibiotics were introduced, fewer were dying from illegal abortions, but thousands were still admitted into the hospital due to medical complications.

By the middle of the 1960s, some states like Colorado liberalized their abortion laws, and anti-abortion movements started to crop up on the state level. But it was still not nationally talked about, or even politicized, the way it started to become in the 1970s.

How did the movement change after Roe v. Wade in 1973?

In a short answer, it changed a lot.

“All of a sudden, it moves from a movement in the states that are liberalizing to a nationwide movement,” Jennifer Holland, a professor at the University of Oklahoma and scholar on the anti-abortion movement, tells NPR.

“They are able to point to sort of an oppressive federal government… and it really feeds into the argument that the United States is on a slippery slope toward genocide and fascism,” Holland said, referring to language often used by the anti-abortion movement.

Members of a Right to Life committee holding a banner reading ‘Stop the slaughter now!’ and a placard reading ‘The Supreme Court Injustice’ during a protest, location unspecified, 1974.
Peter Keegan/Getty Images

Holland says that at this point, the anti-abortion movement strategically cast itself as a “rights campaign” and started to compare abortion to the Holocaust and the Dred Scott Supreme Court decision, which ruled that Black people in the U.S. did not have constitutional rights.

“With Roe, the movement is able to grasp on to a federal oppressor, as an entity that is… allowing genocide to be enacted,” Holland said.

And then, the Republican Party gets involved

By the mid-1970s, the anti-abortion movement becomes far more partisan.

In 1976, the Republican Party added an anti-abortion stance in their party platform. And that’s when they start to enlist more evangelicals into the anti-abortion movement, which was critical for the movement’s expansion.

Through the 1980s, Republican leaders such as Ronald Reagan won in elections thanks to the anti-abortion movement. The Supreme Court also ruled on Planned Parenthood of Southeastern Pennsylvania v. Casey in 1992, making it easier for states to pass more restrictive abortion laws. By 1996, 86% of all counties in the U.S. did not have a known abortion provider.

From the late 1990s into the early 2000s, socially conservative leaders like James Dobson start to become more critical of the Republican Party. For example, they didn’t want Reagan to nominate Sandra Day O’Connor to the Supreme Court because she wasn’t in line with the movement, but Reagan nominated her anyway.

“In the late 90s, you have all these big socially conservative leaders who say: no more… We don’t agree in a big tent party,” Holland said

“You really see the power of the anti-abortion movement to not only be a part of a party, but to really remake a party. And demand political uniformity on this issue,” she said.

Through the end of the 20th century and the decades since, there’s been a concerted effort from Republicans to prioritize abortion restrictions in legislation and judicial appointees. Conservative organizations such as the Federalist Society have heavily influenced who leaders like former President Trump nominate to the courts. Trump pledged to select nominees off a list provided by the group, which has in part led to the conservative supermajority on the Supreme Court today.

In the year 2022, where does the movement stand? How popular is banning abortion?

The Supreme Court’s draft opinion that leaked Monday night effectively achieves what the anti-abortion movement has been aiming for for decades. But in public opinion, it’s not a popular move at all.

Several polls from the last few years show that a majority of Americans do not support banning abortion. For example a recent poll from ABC/Washington Post shows that 54% think Roe v. Wade should be upheld and only 28% say it should be overturned; 18% said they had no opinion.

The unpopularity of overturning Roe isn’t a new finding, either. Polling from CNN going back to 1989 shows that the percentage of Americans who support overturning Roe has never risen above 36%.

So right now, the Supreme Court is set to change a ruling that most Americans want to keep in place.