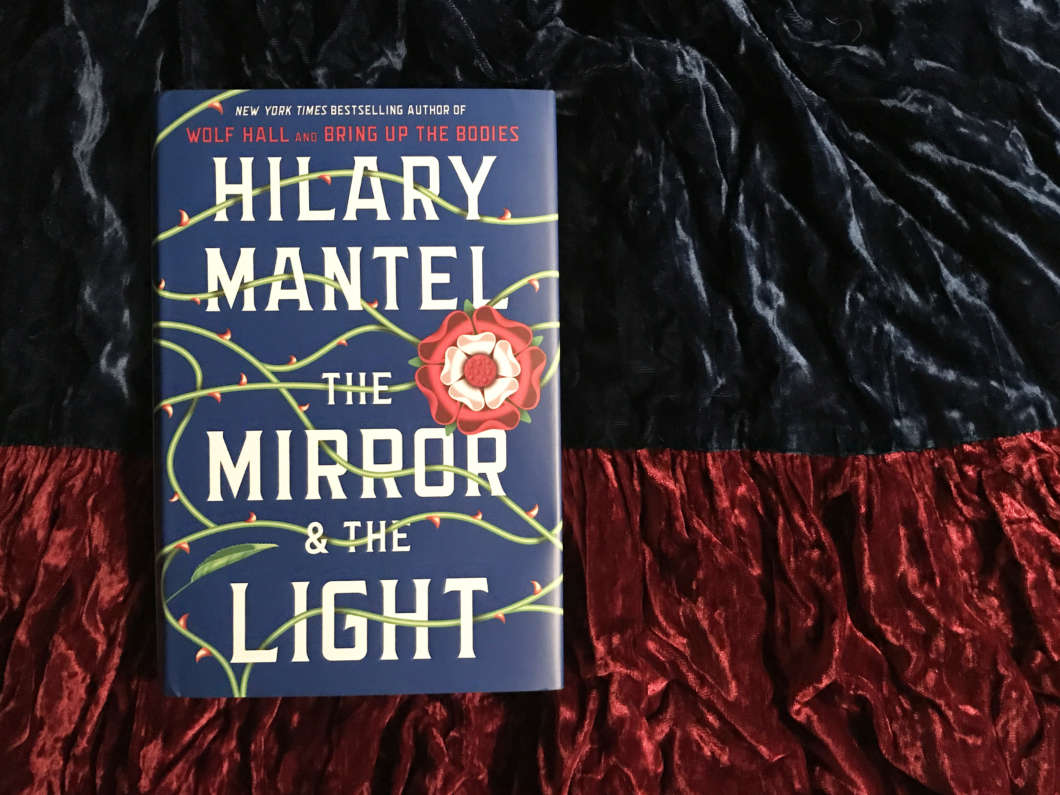 At the start of The Mirror & The Light, Thomas Cromwell is a man very much at home. He’s spent two books laying foundations both metaphorical and literal, and as his star rises under King Henry VIII, his London house — Austin Friars, close to the Thames — expands practically to a castle keep. As if to spite the landed nobles who look down on him, he builds his own walled estate in the heart of the city, as near to the source of his power as he can get.

Of course, the thing about houses close to rivers — or to kings — is that it only takes one tempest to remind you not everything holds.

In Wolf Hall, the first of Hilary Mantel’s Booker-Prize winning Cromwell trilogy, Mantel approached history sidelong, focusing keenly on a figure of no great public sympathy. Cromwell, who orchestrated quite a bit of legislation and statecraft in the years he was close to King Henry, was an instrumental figure in arranging or dissolving the King’s first four marriages; in these novels time is not marked by seasons so much as it is by queens. Wolf Hall was largely concerned with Katharine of Aragon and Anne Boleyn. Its sequel, Bring Up the Bodies, centered around the downfall of Queen Anne. Now, The Mirror & the Light picks up promptly where the last left off, offering Cromwell’s ascent during the days of Jane Seymour, and — briefly — Anne of Cleves.

But really, what The Mirror & the Light offers is Anne Boleyn here, and Queen Katherine there, and Jane Seymour everywhere, as Cromwell finds it impossible to forget what he’s left behind on the climb. And on the other side of time, Katherine Howard darts around every corner, a future immediately apparent to Cromwell, her family, and the entire English court. The momentum of Bring Up the Bodies gives way here to something heavier and darker, slow but no less effective for it. (There’s no rush. At some point, isn’t the future just more of the past, except that now you recognize the oncoming disasters you can do nothing about?)

Critics have pointed out that Wolf Hall and Bring up the Bodies are so anchored in their time by virtue of our narrator and the carefully-detailed world that they resist easy mapping over the present; Mantel didn’t set out primarily to draw a line between the past and now. And plenty of the Tudor set pieces would be familiar in any age — timeless are these crowded rooms of powerful men sniping their best as they jostle for favor, suss out their allies, and try to get one another killed. And Mantel doesn’t fault Cromwell much of his ambition; when proximity meant power, who wouldn’t want to be Lord Privy Seal? The Earl of Essex? More?

But whether or not Mantel had the present in mind when she started, there’s no help for it now — today, some things about the past are awfully hard to shake. Cromwell’s in service to a despot who has to be flattered into mercy and who rewrites events the morning after in whatever manner will get him out of any wrongdoing (a house has many rooms as the King says it has). And though the rhythms of Cromwell’s household are some of the trilogy’s most deftly-crafted scenes, and Cromwell’s wandering thoughts its most lyrical ones, the meetings between Cromwell and Henry might be the most unforgettable — infuriating, deeply human, and utterly exhausting.

This king reigned in a moment it seemed the world was falling apart; Cromwell’s illegitimate daughter (nebulously-historical Jane, here Jenneke) believes theirs are the end days, and Cromwell seems hard-pressed to refute her. Letters keep coming about the Holy Roman Emperor’s methods and France’s methods and the Inquisition; as despots go, Henry isn’t the worst of the lot. Yet Cromwell gets lost by inches: How many times must you ease a king’s conscience at your own expense? How can you work under a man whose whims rewrite laws and extinguish his obstacles? How long can it all go on? In Mantel’s hands, Cromwell is almost supernaturally keen — polyglot, scholar, unfailing of memory, and vicious with a comeback — but there is only so much one can do against a world in the hands of kings.

And of course, we know what’s coming. The reader’s familiarity with this history, set against Cromwell’s machinations, is the prevailing tension of the trilogy. There will be no big reveal. (This inevitability hangs over every sentence. Once, as Cromwell awaits news of the fate of scholar William Tyndale, Mantel comes particularly close to the bone: “Ambassador Chapuys, you notice, has not exactly said he is dead; he has only let him fall, as it were naturally, into the past tense.”) Still, The Mirror & the Light brings immediacy to every corner of its world; details never vanish no matter how many pile up. Mantel negotiates this dread the same way she negotiates Cromwell’s ceaseless mental inventory of his household and the things and people in it: a vein of historical minutiae, a signal that now he has to approach even himself like an estate, and the far-off sound of the storm.

Wolf Hall, a decade ago, was a sensational character study that electrified an often-visited slice of history. The Mirror & the Light marks a triumphant end to a spellbinding story.