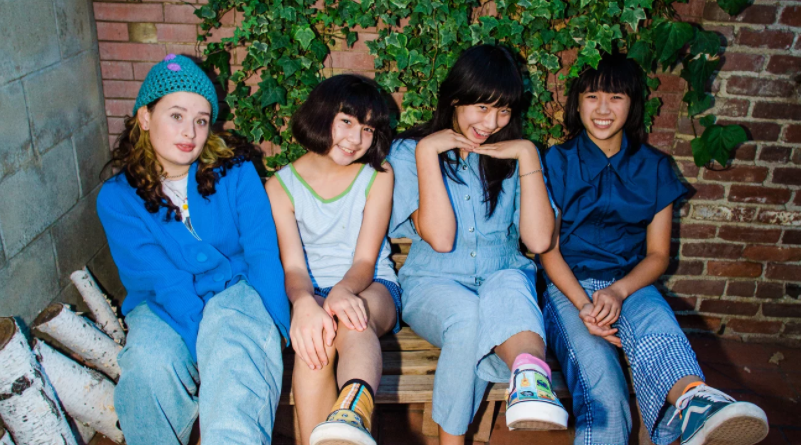 Think back to when you were a teenager — a time when you were discovering who you were as a person, solidifying interests, stumbling upon passions. It’s also a time when many people’s friendships become the most important bonds in their life. And emotions run high. It’s no wonder that the teenage years are when so many people decide to start bands. And most of those teenage bands never make it out of their parents’ basements – but The Linda Lindas is an exception.

The members of The Linda Lindas range in age from 11 to 17, and they became sudden celebrities when a video of them playing their song “Racist, Sexist Boy” at the Los Angeles Public Library went viral in May 2021. The group’s music is catchy and incredibly fun — but it also has something to say. It caught the attention of major music stars, and scored the group a spot on the Epitaph Records roster.

In this session, you’ll hear live performances of a bunch of The Linda Lindas’ songs, plus a conversation with all four members of the band.