The ‘Capital Gazette’ Gunman’s Trial Begins Today. Here’s What You Need To Know 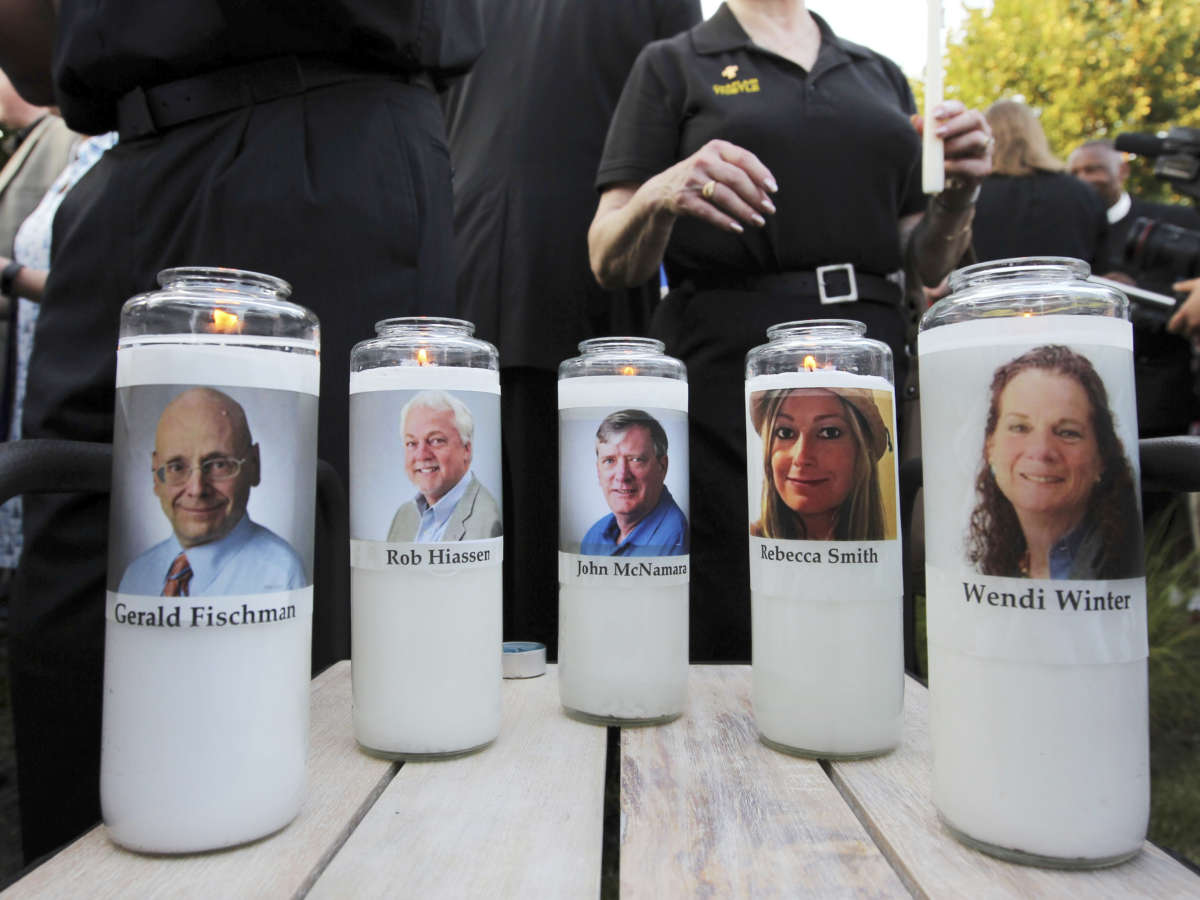 In this June 29, 2018, file photo, pictures of five employees of the Capital Gazette newspaper adorn candles during a vigil across the street from where they were slain in the newsroom in Annapolis, Md.
Image credit: Jose Luis Magana

Arguments in the trial of the Capital Gazette shooter will begin today — almost three years to the day since Jarrod Ramos opened fire in the newsroom of the Annapolis, Md., newspaper.

Ramos, now 41, pleaded guilty in 2019 to all 23 counts against him in the attack, but his attorneys will argue that he’s not criminally responsible because of mental illness.

The trial has been delayed several times because of COVID-19, turnover in the public defender’s and state’s attorney’s offices, and multiple court hearings.

Here’s what to know as the trial gets underway:

What do we know about Ramos?

Ramos reportedly had held a grudge against the paper for years and made threats against the Gazette after it published a story about him. He sued the paper for defamation in 2012 after reporters wrote about his guilty plea on charges of criminal harassment. That lawsuit was dismissed.

According to details included in his indictment and news reports, the day of the shooting Ramos traveled from his Laurel, Md., home to the Annapolis newsroom. He had with him smoke grenades, a shotgun he’d purchased years before, and dozens of round of ammunition.

After the shooting, Ramos called 911 and told the dispatcher: “This is your shooter. The shooting is over. I surrender.” When officers entered the building to search for him, Ramos was found hiding under a desk. He again said, “I surrender, I surrender” and identified himself as the shooter.

What is the focus of this trial?

The jury will have to decide in this trial whether Ramos was, in fact, so mentally ill at the time of the shooting, that he shouldn’t be held legally responsible for it. Circuit Court Judge Judge Michael Wachs ultimately will decide whether Ramos should be sent to prison or a hospital.

The focus for both the defense and prosecution will be to show evidence of whether Ramos was mentally cognizant of what he was doing.

Steve Mercer, a former Maryland public defender, told NPR that the defense for Ramos most likely will focus on his motive and intent.

In Maryland, a defendant is entitled to an insanity acquittal if they prove that, at the time of the crime, because of a mental disorder, they didn’t understand fully what they were doing.

If that defense is successful, Ramos would be placed in a psychiatric institution for treatment and could be eligible for release in the future if it were determined he no longer posed a danger to the public.

What’s happened since the shooting?

The day before the trial was set to begin and the third anniversary of the shooting, the city of Annapolis dedicated a memorial to the five victims.

In the immediate aftermath of the Gazette shooting, the members of the newsroom worked to cover the story of their colleagues’ deaths and put out the next day’s paper. For their efforts, they won a Pulitzer Prize.