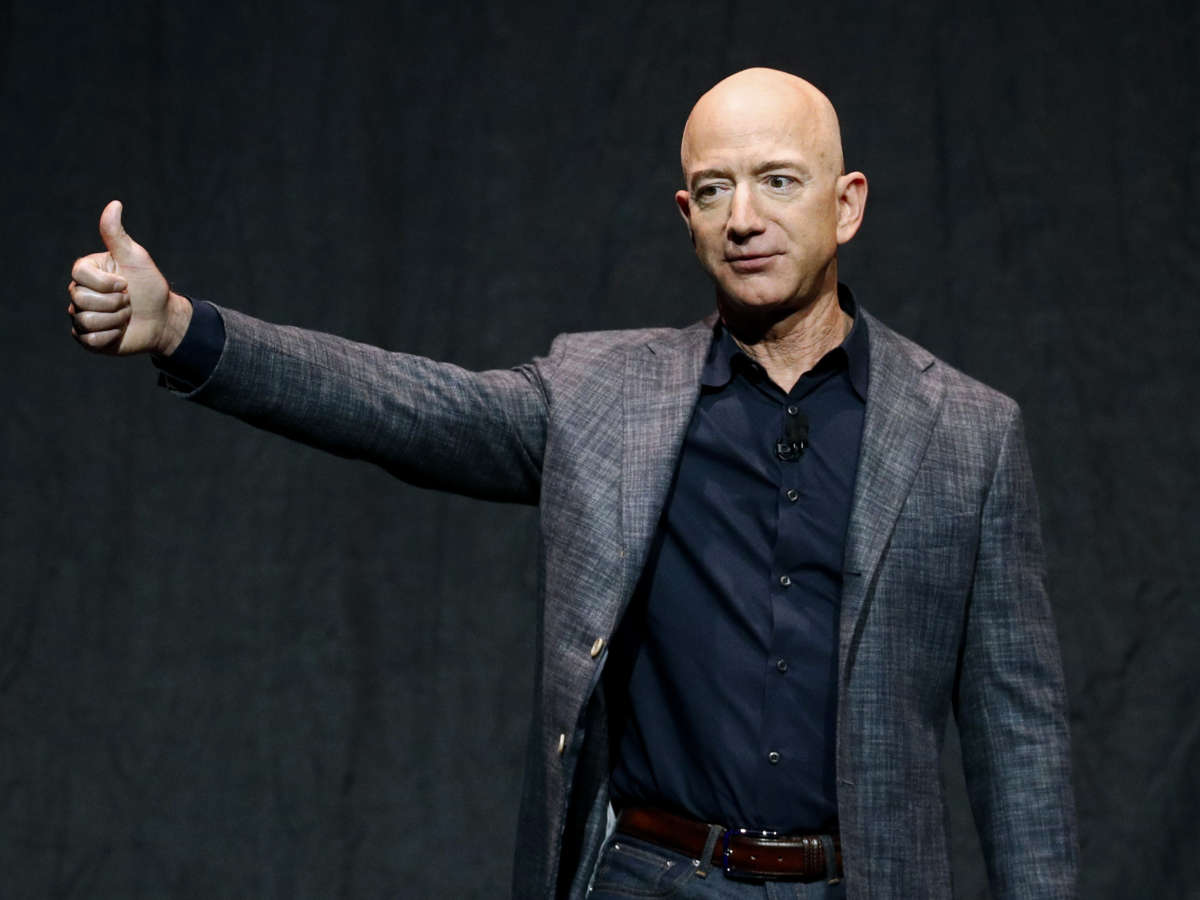 Jeff Bezos will join his brother Mark, one paying auction winner and another unnamed person on the Blue Origin rocket bound for space in July.
Image credit: Patrick Semansky

­­On July 20, Amazon’s founder and billionaire magnate Jeff Bezos and his brother Mark will board the New Shepard suborbital rocket system. The Bezos brothers, one auction winner with $28 million to spare, and a fourth person will become the first crew aboard the reusable rocket for its 11-minute voyage to space.

Since Bezos made the announcement about his journey to space this month, tens of thousands of people have come together to petition against his return to the planet.

There are multiple petitions out there, but the front-runner, “Do not allow Jeff Bezos to return to Earth,” had collected more than 33,000 signatures by late Sunday. “Billionaires should not exist,” the description read. “On Earth, or in space, but should they decide the latter they should stay there.”

Bezos is the founder of the space exploration company Blue Origin, which built New Shepard. The rocket is reusable and has capacity for six passengers in its capsule.

“If you see the Earth from space, it changes you. It changes your relationship with this planet, with humanity. It’s one Earth,” Bezos said in a video posted to Instagram.

Bezos isn’t the only billionaire with his sights set on out-of-this-world endeavors.

Elon Musk is the founder of SpaceX, which has racked up a number of firsts for private spaceflight, including being the first private company to transport astronauts to the International Space Station last year. The company’s website advertises trips to space for paying customers. Musk has not announced any immediate space travel plans. But a Japanese billionaire, Yusaku Maezawa, booked a trip with SpaceX to travel around the moon in 2023.

Richard Branson, founder of the Virgin Group, also has a space program — Virgin Galactic, which has a reusable spacecraft intended for commercial space travel. Branson plans to be on one of Virgin Galactic’s upcoming flights.