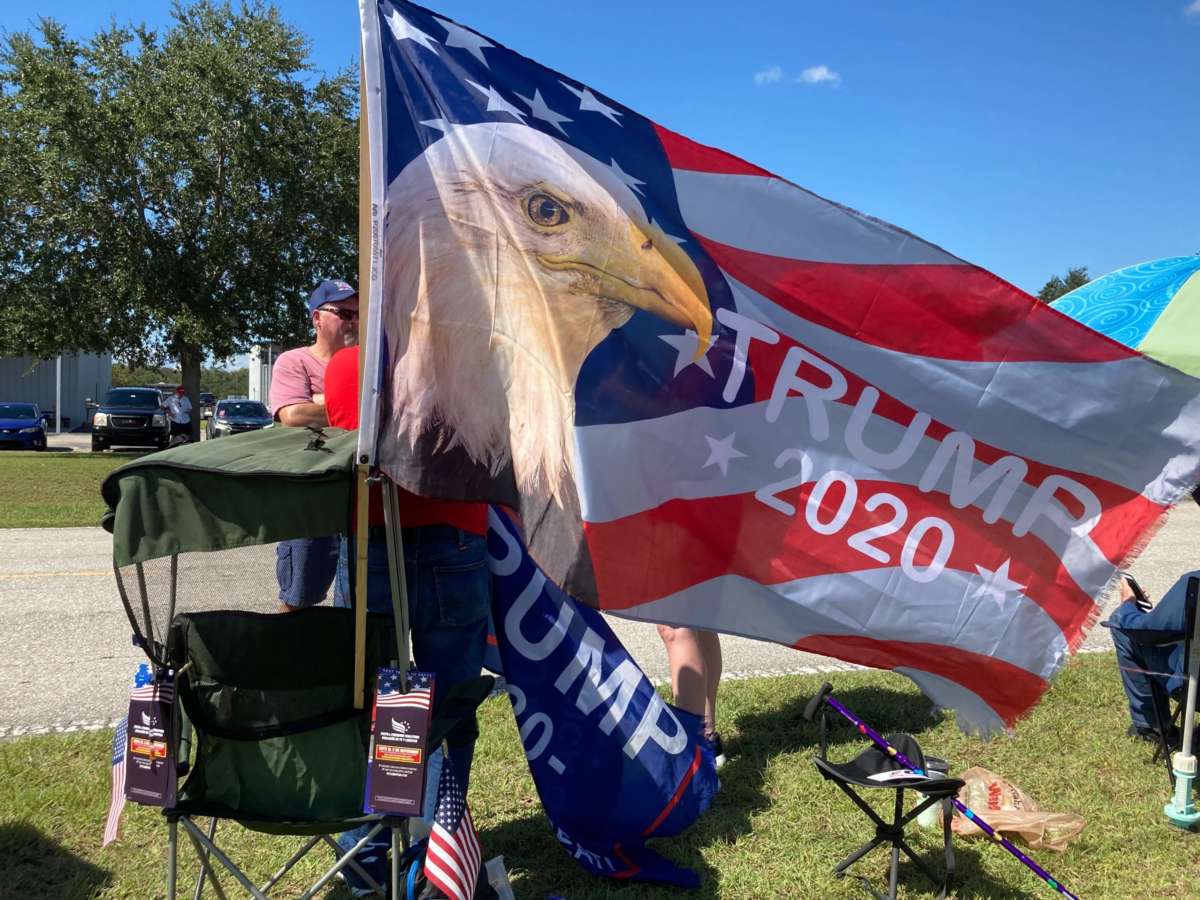 Supporters of President Trump brought lawn chairs and flags as they waited outside the Orlando-Sanford International Airport for the president to speak a rally scheduled for 7pm. Photo: Danielle Prieur, WMFE

Hours before President Donald Trump is expected to speak at a rally at the Orlando-Sanford International Airport, hundreds of supporters wrapped around the terminals in the midday sun.

Trump’s first rally in Sanford scheduled more than a week ago was canceled after he tested positive for coronavirus.

Supporters, including groups like Women for Trump, Veterans for Trump and Latinos and Blacks for Trump, sat on lawn chairs under umbrellas and American and Trump 2020 flags outside the airport.

Some had brought megaphones and chanted ‘four more years’, ‘no more Biden’, and ‘MAGA Lives Matter’ while others clapped and shouted ‘law and order party’ as Seminole County Sheriff’s deputies biked past.

Vice President Joe Biden was in Florida—a crucial swing state— last week to campaign in Miami with less than a month to go before the general election.