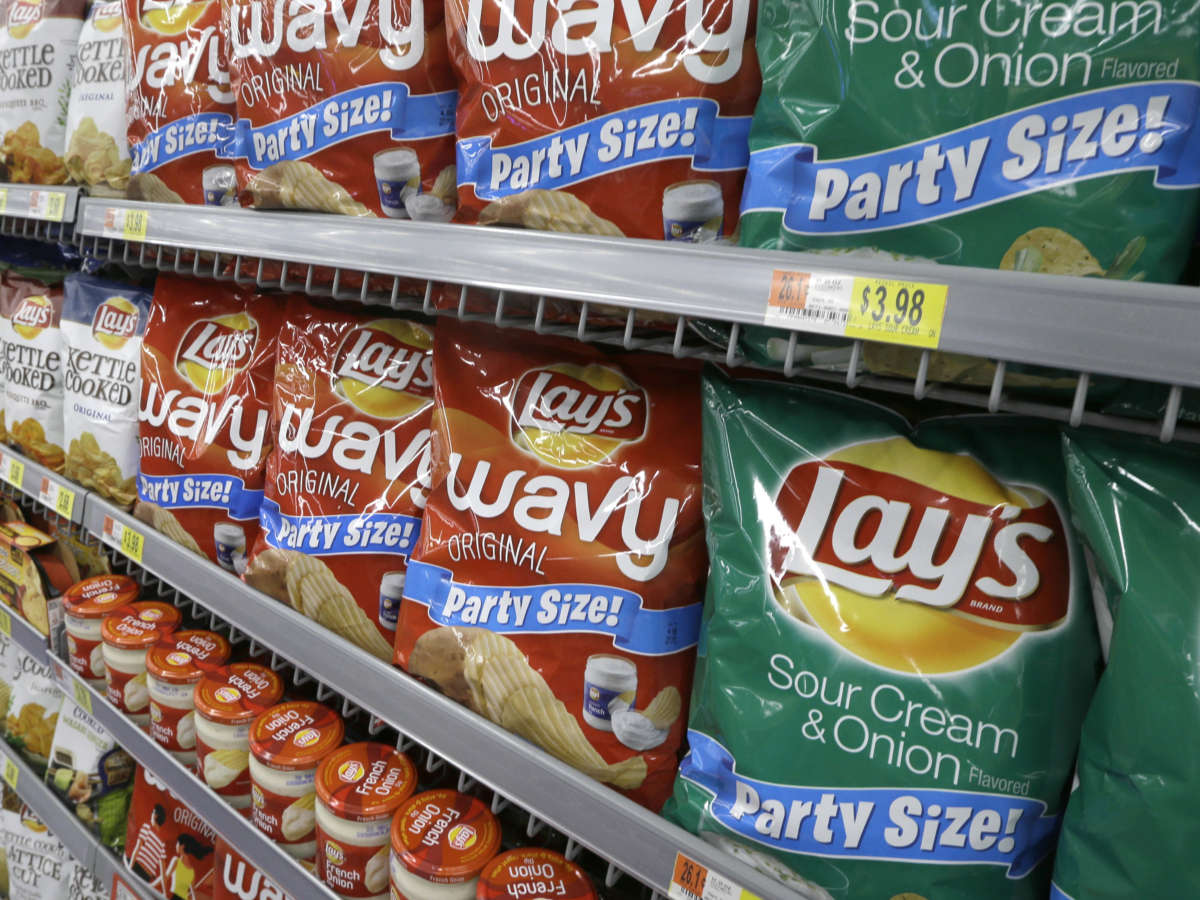 Frito-Lays workers at the Topeka, Kan., plant — one of 30 manufacturing plants the company operates in the U.S. — rejected a contract offer from the company earlier this month. They say they want better pay and working conditions.
Image credit: Danny Johnston

Hundreds of Frito-Lay workers in Topeka, Kan., are in their third week of a strike, citing so-called “suicide shifts” and poor working conditions at the manufacturing and distribution plant at a time when the company’s net revenue growth has exceeded all of its targets.

Employees say sweltering 90-degree temperatures on the picket line are preferable to the 100-degree-plus heat that awaits them inside the manufacturing warehouse on any given summer day. They’re demanding an end to mandatory overtime and 84-hour weeks that they argue leaves little room for a meaningful quality of life. They’re also seeking raises that match cost-of-living increases.

The company, which is owned by PepsiCo, disputes their claims, calling them “grossly exaggerated” and says a recent contract offer delivered earlier this month more than met the terms put forward by the workers’ union, Local 218 of the Bakery, Confectionery, Tobacco Workers and Grain Millers Union.

Meanwhile, workers say they want more concessions before heading back into the factory. They have also called for a national boycott on Frito-Lay products, as well as those produced by PepsiCo, for the remainder of the strike. If successful, the boycott would mean living in a world without Doritos, Cheetos, Fritos, Tostitos and Sun Chips. Temporarily, at least.

A call for an end to “suicide shifts”

One of the most contentious issues throughout the bargaining process, according to union leaders, has been the regular use of forced overtime at the plant that results in so-called “suicide shifts” where “many of the more than 800 workers at the plant are only getting an eight-hour break between shifts.”

NPR was unable to reach union officials, but Local 218 Chief Steward Paul Klemme on Monday described how it worked in a podcast interview on Monday. He said workers who clock in for a 7 a.m to 3 p.m. shift are often forced to work four hours of overtime, “then [the company will] turn you right around and bring you in at 3 o’clock in the morning. So you only have 8 hours off to get home, shower, see your family, get some sleep and get back to work.”

It’s an unsustainable schedule that has been instituted, he says, as a way to put off addressing a larger staffing shortage of about 100 employees.

In a statement earlier this week the union’s international president, Anthony Shelton, wrote, “The union has repeatedly asked the company to hire more workers and yet despite record profits, Frito Lay management has refused this request.”

Frito-Lay says cases of mandatory overtime have been overstated

Company officials said claims about workers being forced to regularly work double or triple shifts at the Topeka facility “have been grossly exaggerated.”

“Our records indicate 19 employees worked 84 hours in a given work week in 2021, with 16 of those as a result of employees volunteering for overtime and only 3 being required to work,” the company said on Monday.

Officials also noted that the latest contract offer, which was rejected by employees on July 3, includes a 60-hour workweek cap and eliminates 8-hour turnaround shifts.

The recent contract offer also included a 2% wage hike over the next two years for all job classifications. According to the company: “This is what the union proposed for wage increases, and Frito-Lay accepted the union’s proposal.”

The two sides returned to the bargaining table on Monday.