StoryCorps: How Role Models Like Rosa Parks Shaped A Distracted Kid Into A Leader 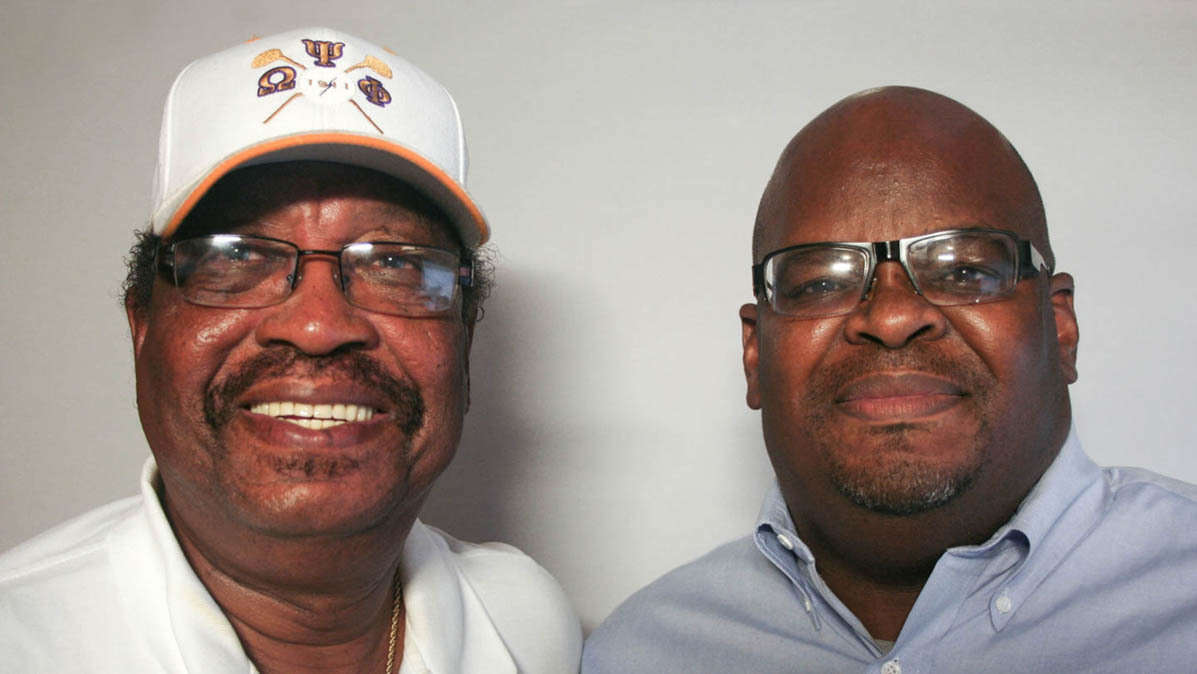 The late Rev. Farrell Duncombe (left) spoke with his friend Howard Robinson for a StoryCorps conversation in 2010 about how his role models helped shape him as a leader in his Alabama community.

Growing up in Montgomery, Ala., in the 1950s, the Rev. Farrell Duncombe didn’t necessarily strike his elders as a future leader.

Yet Duncombe went on to be a public school teacher and principal, and later, he became the pastor of his childhood church, St. Paul A.M.E. — the same one he watched his own father preside over.

Duncombe died last week at 78. He recorded some of his life stories with StoryCorps in 2010. There, he told his friend Howard Robinson about role models — including civil rights activist Rosa Parks — who helped pave his way as a leader.

He remembered visits to the grocery store with his friends after Sunday school.

“I would get an Upper 10 drink and a po’boy,” he said. “Once, I decided to take it back to church. And I started unraveling the po’boy, and, you know, at that time it had cellophane paper and it makes the loudest noise. And my mother looked from the choir stand — that look that will take the wet out of water. And I pretended I didn’t see her.”

But he wasn’t so quick to realize that his father, standing in the pulpit, had stopped preaching.

“The next thing I know, he had come and he had had me by my collar and took me right outside the church. And we didn’t have air conditioning. The windows was open so, you know, everybody heard me screaming and hollering out there.”

His father went back in and continued preaching.

“I gained a lot of food for growth because it was our privilege to have been taught by some outstanding people,” he said.

Before her refusal to give up her bus seat to a white man kicked off the Montgomery bus boycott, Rosa Parks was Duncombe’s Sunday school teacher.

Duncombe went to Florida A&M University and then returned to his hometown at the encouragement of his high school music teacher, Duncombe says, and became a music teacher himself.

Later on, he took over as the principal of a local high school. In 1996, when Rosa Parks returned to Montgomery during a commemoration of the bus boycott, Duncombe said, “I really wanted her to come to my school.”

“You know, it’s strange to get called out by the mother of civil rights.”

But she agreed to visit.

“That was a highlight of my life: to walk with her into that auditorium of Sidney Lanier High School, which was a traditional white school. And I, the principal, walk in with Rosa Parks on my arm,” said Duncombe. “I went outside at one point because I had tears in my eyes, as I reflected upon this lady and the significance of what she was doing.”

In 2007, he accepted an offer to lead the congregation at St. Paul A.M.E. It was an achievement he said he owes in large part to those who supported him.

“These are the people that nurtured me. These are the people who saw me when I was still Little Farrell and now I’m their pastor,” Duncombe said. “And to walk into the pulpit and to stand behind the desk where my daddy stood — it’s an awesome feeling. So, I’m just humbled.”

Audio produced for Morning Edition by Jey Born. NPR’s Emma Bowman adapted it for the web.