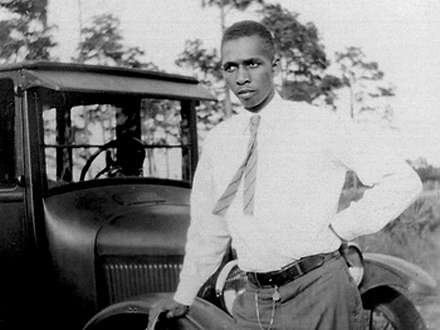 Confederate general Kirby Smith’s statue has been on display to school kids and tourists at the U.S. Capitol since 1922, representing Florida at the National Statuary Hall. Now, under a bill signed by Governor Rick Scott, a committee will choose three prominent Floridians to replace Smith’s statue. Community activists, long-time residents, and elected officials in Brevard County have launched a statewide push for civil rights leader Harry Tyson Moore to be among those figures recognized.

Moore organized the first branch of the National Association for the Advancement of Colored People in Brevard County. He later organized more than fifty NAACP branches across Florida, including a statewide conference.

Sonya Mallard, coordinator of the Harry T. and Harriette V. Moore Memorial Park and Museum, says he was one of the state’s first civil rights activists.

“Before Martin Luther King, before Malcolm X, before Medgar Evers, he stood for things that helped with the civil rights movement: the right to vote, equal pay for black teachers, and he investigated the lynchings in Florida.”

Mallard is part of the Harry T. Moore National Statuary Hall Committee, which is encouraging local municipalities and county governments to pass resolutions in support of Moore being considered by the committee that will recommend three names to the governor.

Mallard calls Moore and his wife unsung heroes who deserve recognition. They were killed in a racially motivated bombing at their home in 1951.

“For the state of Florida, they were so instrumental in so many changes. Their murders were never solved, but the Moore’s legacy. It lives on.”

Some artifacts from Moore’s life are on display in Florida’s Civil Rights Hall of Fame and the Smithsonian Museum.

A state ad hoc committee has until January 1st to recommend three figures to the governor that will replace Kirby.