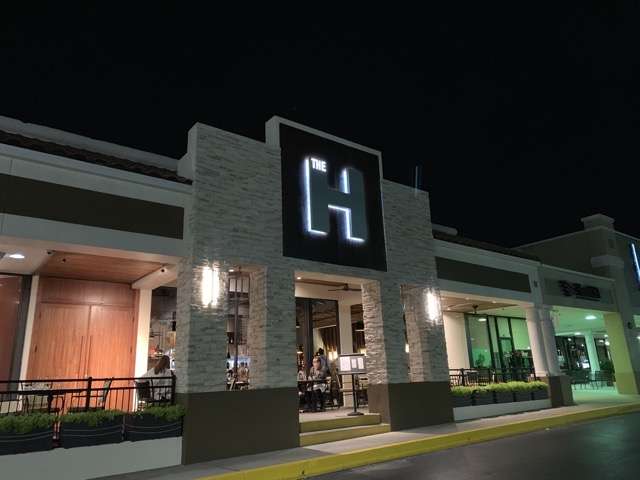 This review has been abridged for broadcast. To read the full review, follow this link to Scott Joseph’s Orlando Restaurant Guide.

If you name your restaurant The H Cuisine, wouldn’t you expect people to wonder what the h the H stands for?

It’s sort of a steakhouse and has Turkish touches, so maybe it stands for halal?

Maybe it refers to the space, which has been so completely transformed into an upscale and posh dining room that it’s absolutely heavenly? Or for the prices, which are high?

The owners all have last names that begin with the letter H. That’s it. As I’ve said before, naming a restaurant is really Hard (with a capital H).

But it truly is an elegant restaurant, a little bit of Manhattan chic on

Tableside service is a forte here. One of the more popular dishes was the Pappardelle, which included a large Parmesan wheel welled out so that it could be flamed and the pasta tossed inside to be coated with the melting cheese. Dinner and a show.

I went a less ostentatious route, selecting the Lokum, slices of tenderloin that had been aged in butter for 25 days (I said less ostentation, not less outrageous). Lokum means Turkish delight and usually refers to a confection, but the name is still appropriate for this meat, which really was like butter.

I also had the Josper Grilled Spanish Octopus, named for the Josper grill that is a showpiece of the open kitchen. The tentacle was nicely crisped and draped lovingly around a salad of smoked vegetables.

Servers were well trained and efficient. Managers — whose names may or may not have begun with the letter H — roamed about the restaurant and interacted with guests.

Prices are not insignificant. But the restaurant was at capacity, inside and out, which goes to show you there is a market for good quality food served in an upscale atmosphere.

Maybe the H is for haute.