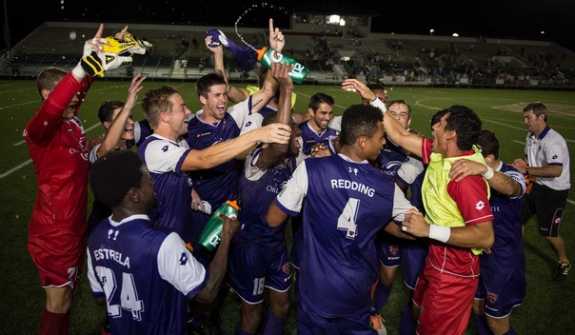 In February, the Lions will head to the MLS, but, first, they’ll head to their current league’s playoffs.  Orlando City Soccer President Phil Rawlins told 90.7’s Amy Kiley about what’s in store when the two spoke during halftime of the August 31 game.

Orlando has home-field advantage for the Round One game next Saturday, September 13.  For information on playoff tickets, click here.

The teams starts its Major League Soccer schedule in February.  Information about those games and tickets is here.