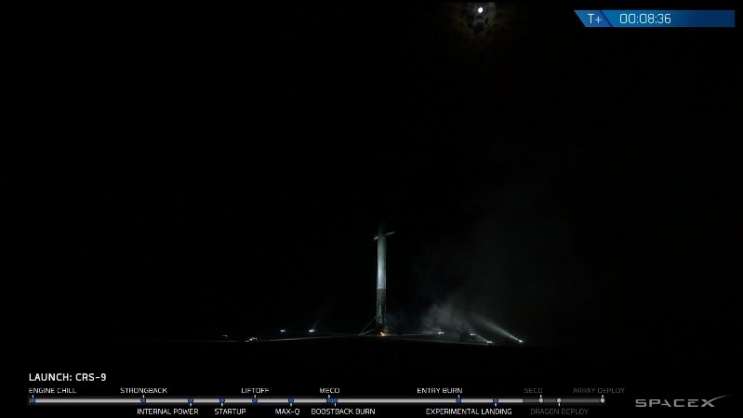 Supplies and science experiments are on the way to the International Space Station, thanks to SpaceX.

On board, new science experiments, supplies for astronauts, and the International Docking Adapter, or IDA. The adapter enables new spacecraft to dock with the station including SpaceX’s Crew Dragon and Boeing’s Starliner as a part of NASA’s Commercial Crew Program.

SpaceX was able to land the first stage of the booster at a landing site at Cape Canaveral a part of their plan for rocket re-usability. A sonic boom from the re-entry of the booster was heard across Central Florida.

This is the second attempt to deliver the IDA to the Space Station. A previous attempt by SpaceX ended in failure after an explosion after liftoff.

Monday’s launch is a part of NASA’s Commercial Resupply Contracts program which pays private companies to deliver supplies to the space stations.