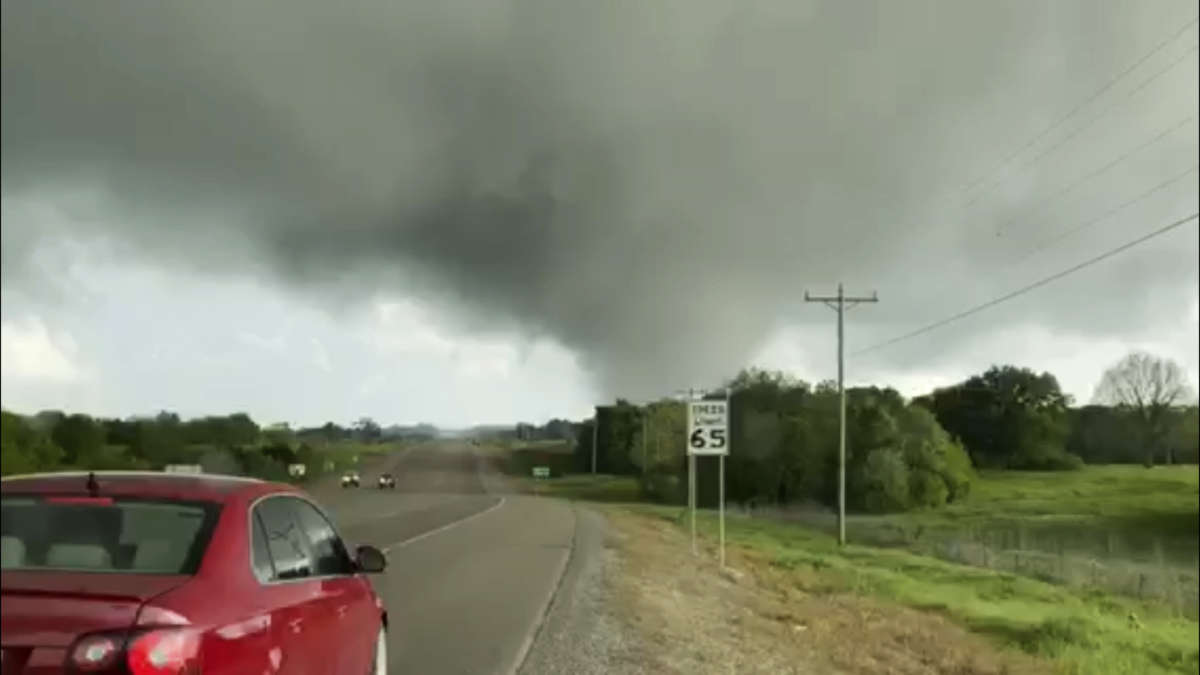 This image made from video provided by Thomas Marcum shows a tornado seen from State Highway 48 in Durant, Okla., on Wednesday.
Image credit: Thomas Marcum

At least four people have been killed and as many as 30 injured in tornadoes that swept through Oklahoma and Texas early Wednesday evening.

At about 5:30 p.m. local time (6:30 p.m. ET), a tornado touched down near the town of Onalaska, in southeast Texas, about 75 miles north of Houston, and moved through neighboring Seven Oaks, cutting a path of destruction that included downed trees and damaged homes.

Polk County Emergency Management reports that search and rescue crews had recovered three bodies and that 20 to 30 people were injured in the storm.

Update on today’s deadline storms in the Onalaska area of Polk County: pic.twitter.com/zEBXpuIe4J

About a half-hour before the storm in Texas, another tornado hit the town of Madill, in south-central Oklahoma.

One person was killed there, Marshall County Emergency Management Director Robert Chaney was quoted by The Associated Press as saying. He said the body was found about a quarter-mile from a J&I Manufacturing trailer plant, which was also damaged in the storm. Local media, however, reported two deaths in Madill.

The Oklahoma Department of Emergency Management said at least 12 homes were damaged and more than 2,300 customers in the town were left without electricity.

The tornadoes were among a series of west-to-east moving storms that hit Oklahoma and Texas Wednesday afternoon and evening, according to Channel 9 News in Oklahoma City.