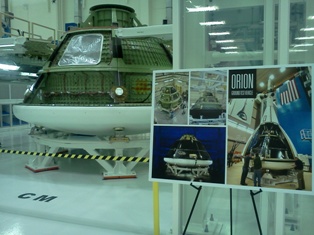 NASA's Orion Spacecraft Under Development at the Kennedy Space Center

Florida US Senator Bill Nelson says anything less than $18 Billion for NASA next year could harm its space exploration program. Nelson has filed a bill asking for $18.1 Billion for the agency, which is close to a budget approved by the Senate appropriations committee this week.

A House Appropriations Committee bill calls for funding at $16.6 Billion.

Nelson says that’s too big a cut for NASA.

“If NASA is forced to take this kind of hit, it just simply can’t do everything that it’s expected to do in both the manned and the unmanned program,” says Nelson.

The house bill does not approve NASA’s plan to capture an asteroid and place it in a stable orbit near the moon, so astronauts can study it on a future mission.

The bill says the mission is “premature”.

Nelson says the asteroid capture project is critical to the agency’s goal of deep space exploration, which involves developing the capability to fly to Mars.