Sen. Elizabeth Warren Drops Out Of The 2020 Presidential Race 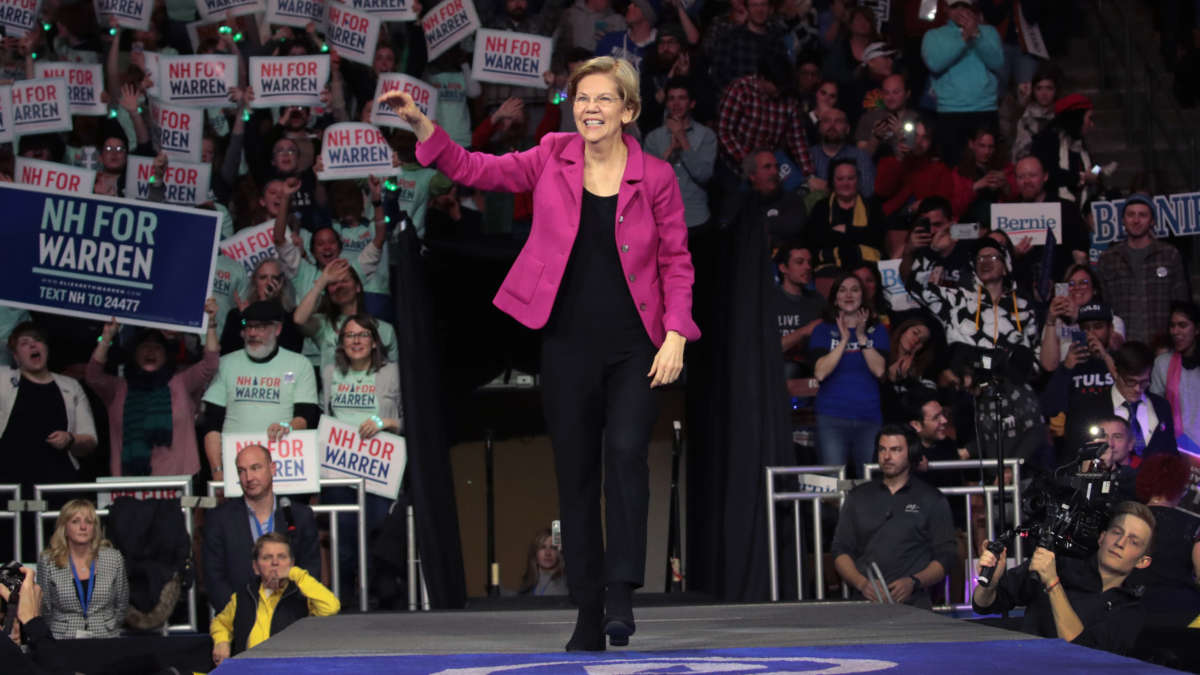 On the presidential campaign trail, Sen. Elizabeth Warren became known as the "woman with the plan."
Image credit: Scott Olson

Massachusetts Sen. Elizabeth Warren will drop out of the 2020 presidential race, according to a senior campaign aide.

The announcement comes after disappointing finishes in all nominating contests so far, including Super Tuesday. She hasn’t won or come in second in any states — and finished third even in her home state of Massachusetts.

In what had been a diverse field of candidates, Warren briefly led the pack nationally along with former Vice President Joe Biden in November, according to RealClearPolitics.

While frequently turning in strong debate performances, Warren struggled to win over voters. During a debate last month, she effectively attacked former New York City Mayor Mike Bloomberg over his company’s use of nondisclosure agreements in sexual harassment cases.

Warren didn’t shy from making her gender a part of her campaign, for example by touting her “nevertheless she persisted” slogan and taking the stage to the Dolly Parton’s anthem to working women, “9 to 5.” But she made gender just one component of her broader economic populist message, pushing child care policies alongside her raft of proposals.

Being the “woman with a plan” quickly became Warren’s identity on the campaign trail. It also became a liability when she started weathering attacks, first for not having a way to pay for Bernie Sanders’ “Medicare for All” proposal, which she supports, and then over her eventual proposal to pay for that plan. (Sanders, for his part, has not yet released a detailed plan for how he would pay for Medicare for All if he’s elected.)

While she was considered Sanders’ top competitor among progressive voters, embracing single-payer health care and wide-scale student-debt forgiveness, in the run-up to Iowa, Warren attempted to pitch herself as a unity candidate. She started explicitly thanking her fellow candidates, including those who had dropped out, for their contributions to the race.

A former Harvard Law professor whose research on personal bankruptcy led her towards progressive politics, Warren entered politics via her interest in policy. She was a key architect of portions of the 2010 Dodd-Frank financial overhaul bill, especially around the creation of the Consumer Financial Protection Bureau. But she could not secure Senate confirmation to lead the agency and wound up successfully challenging GOP Sen. Scott Brown in 2012.

Warren was the first major Democratic candidate to step into the 2020 race, announcing an exploratory committee on Dec. 30, 2018, before formally announcing her candidacy on Feb. 9, 2019.