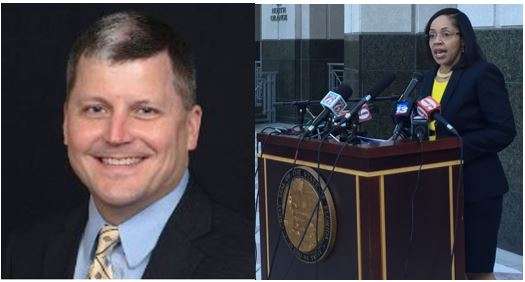 Stan McCullars has resigned over writing on Facebook that 9th circuit state attorney Aramis Ayala, Florida's first black state prosecutor, "should be tarred and feathered if not hung from a tree." Photo: Facebook.

Stan McCullars resigned from his role as assistant finance director for the Seminole County Clerk of Courts after being asked to do so by clerk Grant Maloy. Earlier this week, McCullars  had been placed on a three-day administrative leave for writing on Facebook that 9th circuit state attorney Aramis Ayala, Florida’s first black prosecutor, “should be tarred and feathered if not hung from a tree.” McCullars’ comment came after Ayala said she would not be pursuing the death penalty in cases, including that of Markeith Loyd, who is charged with murdering his pregnant ex-girlfriend Sade Dixon and Orlando Police Department Lieutenant Debra Clayton.

Earlier this week, Eryka Washington, spokeswoman for Ayala’s office, called the remarks “inappropriate” and stated that their office would be filing a complaint.

Seminole County Clerk of Courts, which did not have a social media policy before this incident, is now working to create one.