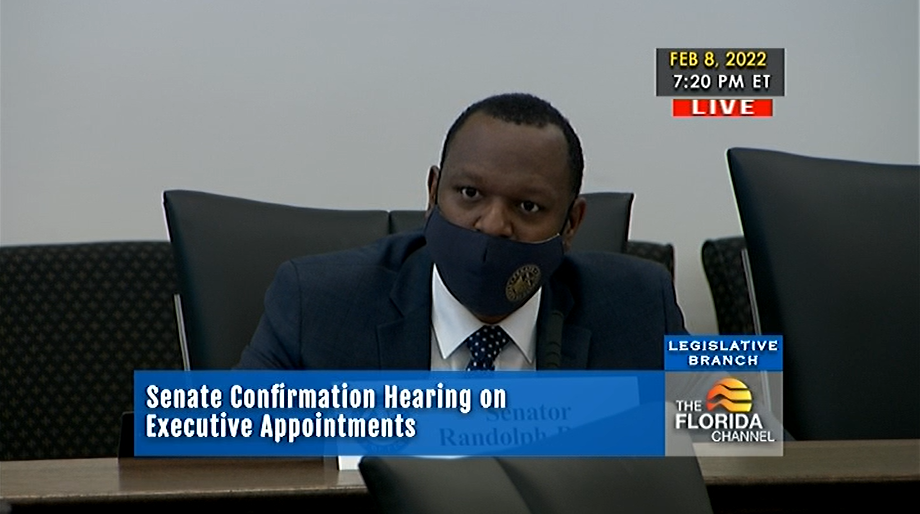 The Florida Senate Ethics and Election Committee has voted to confirm Dr. Joseph Ladapo as the Florida Surgeon General and Director of the Department of Health.

Ocoee Senator Randolph Bracy says the fact that Ladapo refused to wear a face mask around Senator Tina Polsky, who is battling cancer, shows the types of politics he might encourage.

Bracy repeatedly asked Ladapo about his views on masking and vaccines during the confirmation hearing.

Ladapo not only said masking was ineffective against Omicron, which goes against several CDC studies, but that vaccination should be a personal and private choice, refusing to disclose his own vaccination status.

To this Bracy again said that Ladapo’s confirmation would be dangerous to the state.

“I think it promotes a dangerous, ugly kind of politics that we’re starting to see in our state where people don’t think they can extend the courtesy.”

Now Ladapo’s nomination will go to a full Senate vote.