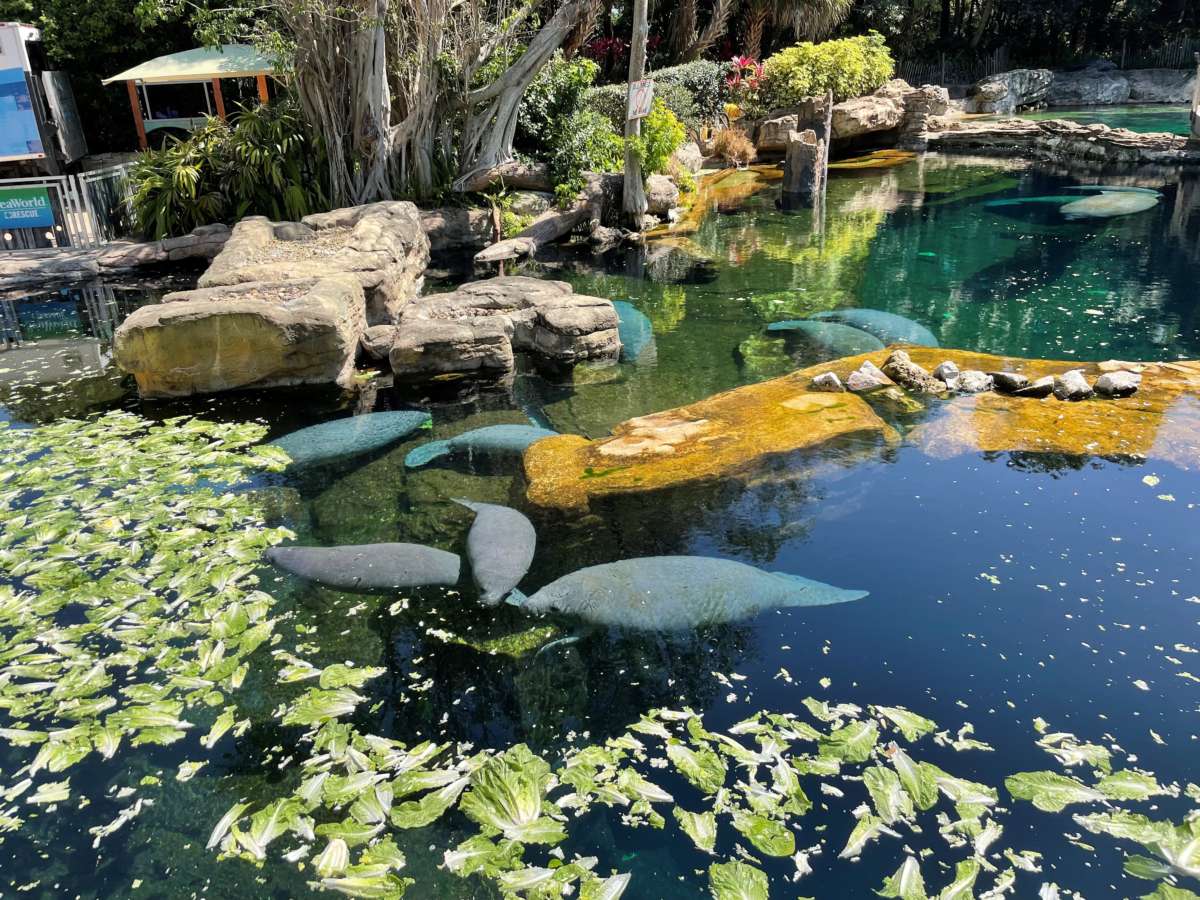 Many rescued manatees have gone to SeaWorld in Orlando, like these in a theme park lagoon. Photo by Amy Green

SeaWorld is doubling its rehabilitation space in Orlando for rescued manatees.

That’s as an unprecedented die-off of the iconic sea cows continues in Florida.

The manatees’ plight is straining the aquariums and zoos that have joined to rehabilitate rescued manatees, even as the network of facilities has expanded.

Many of the rescued manatees have gone to SeaWorld in Orlando. SeaWorld’s Christopher Dold says when the expansion is complete the facility will be the largest in the nation for critical manatees.

“I’ve been treating manatees for a good part of my career, and one thing I’ve learned is that seemingly there is never enough space for manatee rehabilitation. And so we are scaling up right now in the face of a crisis.”

Dold declined to say how much the expansion would cost.

“We hope to hear soon either through the Congress or through the Department of the Interior that the status has been elevated. There is scientific research behind it, but we all see in central Florida that the Florida manatee needs to be at an endangered status.”

A U.S. Fish and Wildlife Service review of the manatee’s protection status remains on hold, as attention has diverted to the unprecedented die-off.

The manatee was downlisted in 2017 from endangered to threatened.