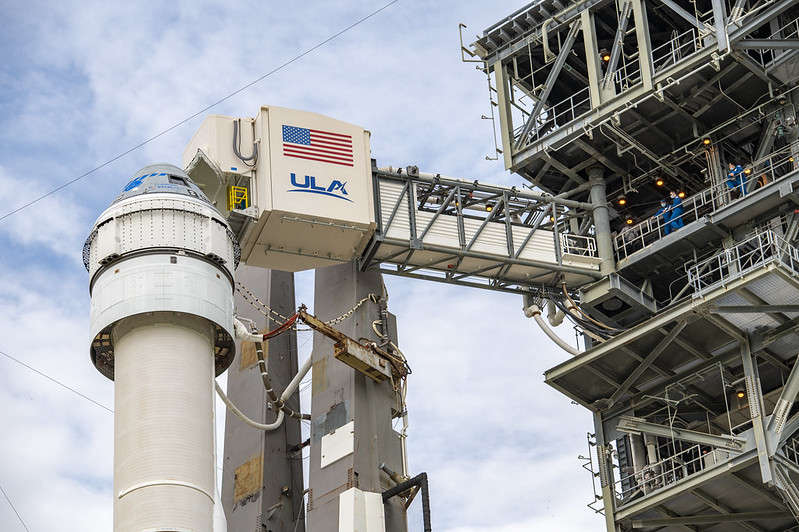 Boeing and NASA are calling off a launch attempt Wednesday of the Starliner capsule after engineers discovered an issue with the spacecraft’s propulsion system.

The Boeing team ran a health check on the Starliner ahead of a planned launch attempt Tuesday after electrical storms rolled through Florida’s Space coast. A valve on the capsule’s propulsion system was in an unexpected position prompting Boeing to call off the launch attempt.

“We’re going to let the data lead our work,” said John Vollmer, vice president and program manager, Boeing’s Commercial Crew Program. “Our team has worked diligently to ensure the safety and success of this mission, and we will not launch until our vehicle is performing nominally and our teams are confident it is ready to fly.”

After the scrub Tuesday, Boeing was working to attempt another launch Wednesday.  After cycling the propulsion system’s valves,  the team decided to bring the rocket and capsule back into the Vertical Integration Facility at Space Launch Complex-41 for further inspection and called off that attempt.

Boeing said it has already ruled out a number of potential causes, including software issues. It’s unclear when Boeing will attempt to launch Starliner again.

A previous attempt to launch Starliner Friday was delayed due to an issue on station. A recently arrived Russian module erroneously fired its thrusters Thursday, knocking the station out of its intended orientation. Ground crews regained control of the ISS and NASA said the crew is safe.

NASA and Boeing delayed that launch attempt as the space agency evaluated the health and safety of the station.

The Starliner capsule is designed to take astronauts to the International Space Station and back, but for this mission there will be no crew on board. It’s a test flight to prove the vehicle is safe to carry humans and will provide data to NASA to certify it for astronaut launches.

The mission is a redo of a December 2019 attempt to dock the vehicle to the International Space Station. A software issue cut that mission short, preventing Starliner from docking with the station.

Starliner is part of NASA’s Commercial Crew Program, a $6 billion partnership with SpaceX and Boeing to transport astronauts to the ISS.