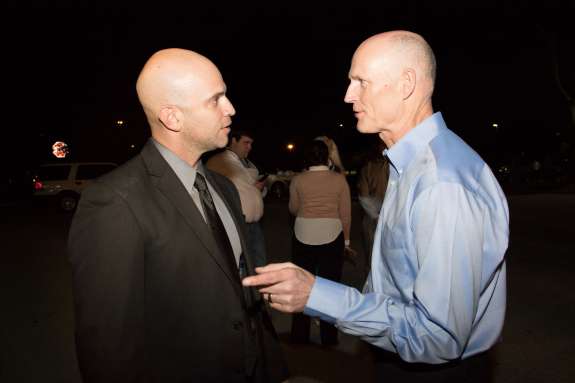 90.7’s political commentator Dick Bachelor says the two are vying for his endorsement in the 2016 election – which could mean a higher office for Scott.

“Probably Scott thinks he is material for secretary of commerce or something. He’s playing the politics of it – he’s got a good staff to do that – by having [Chris] Christie and [Rick] Perry. Of course you want the Governor of a swing state like Florida with all their electoral votes in your column,” says Batchelor.

Florida’s 29 electoral votes are expected to be hotly contested in the 2016 Presidential Election.