Scientists Are Hunting For Alien Worlds Outside Our Solar System 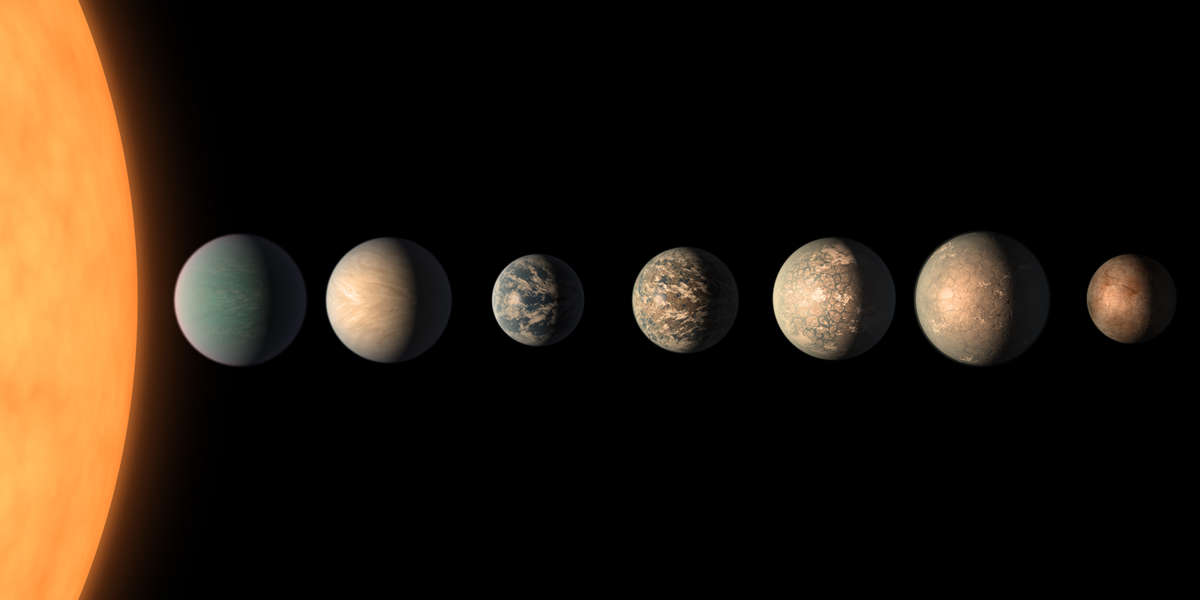 This artist's concept shows what the TRAPPIST-1 planetary system may look like, based on available data about the planets' diameters, masses and distances from the host star, as of February 2018. Photo: NASA/JPL-Caltech

Scientists are on the hunt for exoplanets, planets that exist outside our solar system. So far, they’ve found thousands of planets orbiting other stars and some that might be like our own world.

That means they could have all the prerequisite to life as we know it here on Earth.

The telescope completed it’s primary mission after launching from Cape Canaveral back in 2018. Now it’s entering its extended mission, aiming to catalogue even more exoplanet candidates. We’ll speak with Ricker about the mission and the findings so far.

Then, Are We There Yet’s Kirk Churchill speaks with UCF scientist Dr. Theodora Karalidi about TRAPPIST-1, a system some 39 light years away that looks similar to our own solar system. Could that mean these planets could support life?

The hunt for exoplanets and alien worlds that’s just ahead on Are We There Yet, here on WMFE, America’s Space Station.