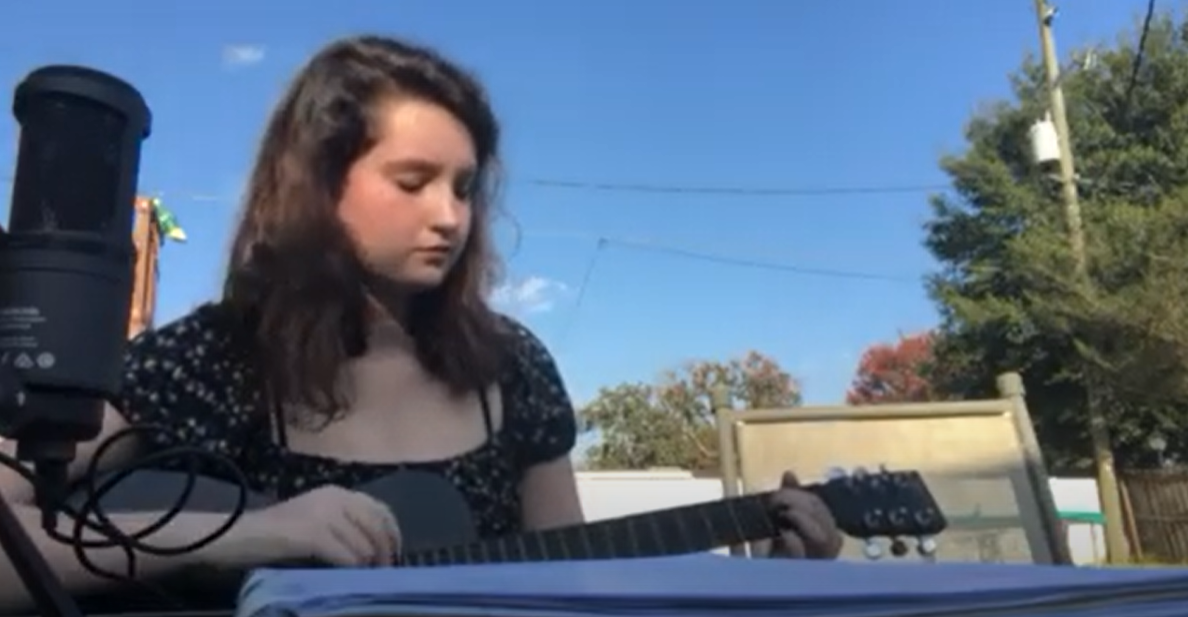 A new multimedia studio has opened up at Arnold Palmer Hospital for Children in Orlando.

Seacrest Studios on the first floor of the hospital is open to all patients, their parents, and healthcare providers.

As WMFE reports, the studio is a place where patients can try out their broadcast skills, and it can give them something positive to focus on while going through treatment.

Sarah Santos Costner, a patient at Arnold Palmer Hospital for Children, says she’s always been a musician, writing and recording songs on her phone.

“Um, I think it’s something I always sort of had. I really wanted a ukulele in middle school and I got one in eighth grade and then that just kind of set everything off. I just started writing music then.”

One of the first songs Sarah wrote on that ukulele is called, “Hi, I love you.” It’s all about first love and the heartbreak that can sometimes accompany it.

When Sarah got the chance to ask Justin Bieber a question at the opening of Seacrest Studios, she knew it would be about starting out in the industry.

“He said just that you have to work hard. Like even if you have natural talent, you have to practice and continue working.”

Patients can help anchor the hospital’s morning show, learn how to use radio and TV equipment, and host their own podcast.

This studio is one of eleven at pediatric hospitals throughout the country.

Broadcast Coordinator Anthony Grier says connecting pediatric patients with celebrities and local experts can inspire them to pursue a career in multimedia.

But Child Life Specialist Maria Mandese says patients can also be kids and simply come down to the studio or phone in from their room to play multiplayer online games like bingo.

“You know obviously there’s not a lot of fun things that happen here when they’re here. And doctors and nurses coming in. And sometimes they receive tough news or sometimes they have to go through a really tough procedure. But then something to engage in that’s a little more lighthearted and fun I think is amazing. And I know, I’m just really thankful.”

Sarah’s Mom Suzanne Santos Costner says the studio opening has been a distraction for her daughter when she was ill, and it also helped her mark a milestone in her life.

“It was something really positive and unusual that was happening. And also this same week Sarah turned eighteen. So this is our last time ever at Arnold Palmer Hospital because she became an adult in the same week that this all went down. So that was a pretty big deal.”

Even though Sarah will be at the hospital across the street on future visits, she says she still plans on recording her songs at the studio including one she recently wrote called, “Hit the Ground.”

“I would say that since COVID started, I’ve been working on a song. Just kind of off and on.”

Listen to the full story, by clicking on the clip at the top of the page.