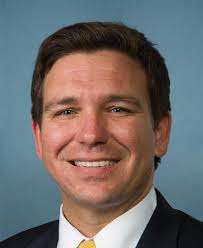 Central Florida’s congressional delegation is expressing sadness and solidarity after Wednesday’s shooting outside of Washington, D.C., at a baseball practice.

Rep. Ron DeSantis says he believes he was approached by the gunman while leaving the practice. DeSantis tells multiple news organizations the man asked whether Democrats or Republicans were on the field.

Rep. Stephanie Murphy echoed remarks Speaker Paul Ryan delivered on the House floor, saying “An attack on one of us is an attack on all of us.”

Rep. Val Demings described the rampage as “senseless” and says she was saddened but relieved the gunman was stopped. He was shot and died later at a hospital.