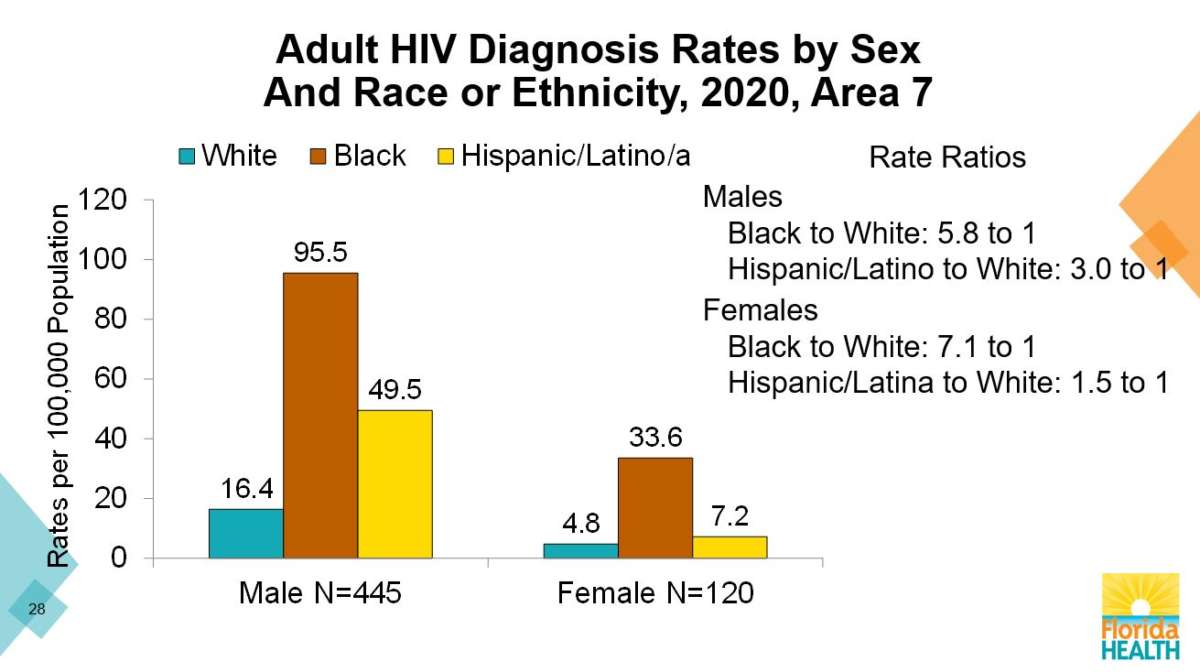 As the nation marks Black HIV / AIDS awareness day, public health experts in Central Florida are focused on education. A new project will explore how HIV prevention and treatment can better meet the needs of Black women in Orange County.

Nationally, African Americans account for 42% of new HIV infections– even though they make up just 13% of the population. In Orange, Brevard, Osceola and Seminole Counties, the rate of diagnoses of new cases is nearly six times higher for Black men than it is for white men.

The Florida Department of Health in Orange County held a free testing event over the weekend, and is offering free self-test kits to residents.

“So of course, stigma is always a challenge,” said Kara Johnson-Williams, who manages the area’s HIV program office.

She said part of the goal of education people is to let them know that they can live with HIV.

Johnson Williams said last year her office sent out more than 700 at-home test kits. This year she wants to send out 1,000 of the kits.

Florida Department of Health figures show that for Seminole, Orange, Osceola and Brevard Counties, the rate of new HIV infections in Black women was seven times higher than for their white counterparts.

Because of historical racial and gender discrimination, said Shan-Estelle Brown, assistant professor of anthropology at Rollins College, “Black women end up experiencing this kind of double whammy that makes their healthcare experiences a little bit more difficult, where, for example, their pain isn’t necessarily recognized and acknowledged and addressed as quickly as it might be, if someone else came and described the same symptoms.”

Brown is working on a new project to explore how HIV prevention and treatment can better meet the needs of Black women in Orange County.

Because Black women are so important in their communities, Brown said when they get sick it has a ripple effect on everyone.

“But our hope is that we’ll find information that will get at trying to improve not only the health outcomes, but also the health care experiences of black women locally.”

Brown said the team will work with health providers and community contacts to recruit women for the study. They’ll start interviewing and gathering data in May.