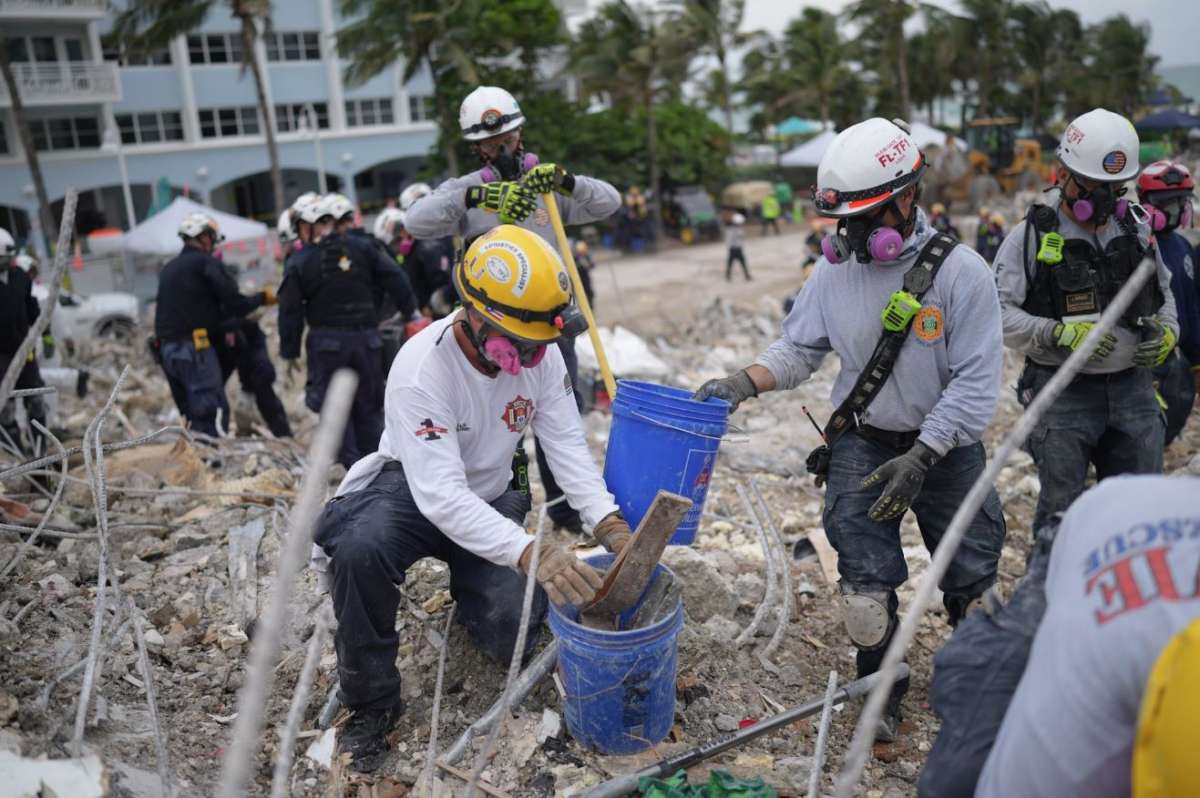 After two weeks of sifting through the rubble of the Champlain Towers South condominium building collapse, officials in Surfside called off the search for survivors. WLRN reporter Verónica Zaragovia joins Intersection for an update on her reporting from the site and how the disaster has affected the community of Surfside.

The demolition of the remaining parts of the building over the weekend allowed the search and rescue teams to speed up their work.

Zaragovia says members of the media were also allowed to see the other sides of the property. She says it gave her a better sense of the scope of the disaster.

“It helped us see just the impact to human life, because you could still see mattresses in the rubble,” she says.

With attention turned towards the disaster in Surfside, Zaragovia says this week there was a reminder that the pandemic is not over, when six members of the search and rescue team tested positive for COVID-19.

She says it’s a reminder of the need for vaccinations.

“It’s our duty as reporters to remind people to be safe and get protected,” she says.

Zaragovia grew up in a town five minutes outside of Surfside and says that she feels close to the community and to the stories she’s reporting about the people affected by the tragedy.

“I deeply empathize and hope that I’m helping to do justice to the story,” says Zaragovia.

As well as the human toll of the Surfside disaster- there are likely to be wider economic impacts.

Condominium residents statewide are asking questions of their condo associations in the wake of the disaster. And there could be re-valuation of condo buildings and potentially higher insurance costs.

Listen to the interview here: